Commentary: Jackson was the Jackie Robinson of MTV

(CNN) -- I was a high school student in 1983, when the video for "Thriller" was released, getting plenty of air time on MTV. By then, the network's "M" could just as easily have stood for Michael. It was an event. 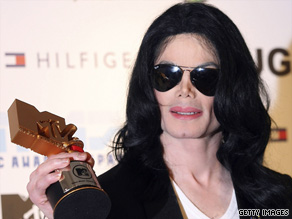 At a time when MTV was criticizing for not featuring black artists, Michael Jackson's success changed all that.

I can remember getting together with a group of friends to watch the premiere like it was a new movie release. The video did not disappoint. Once again Michael disregarded all conventions of the genre and not just redefined, but completely re-imagined, what a music video could be.

But most people don't know that the album broke new ground in a non-musical way, too. Viewers today of MTV, with its steady stream of reality shows like "Real World 22 - Cancun" and "16 and Pregnant," might forget that, when it started nearly three decades ago, MTV was all music, all day.

Actually, it wasn't really all music. It was just what MTV considered rock music. By the late 1970s, radio formats had essentially resegregated the music world. When MTV launched in 1981, it modeled its playlist on the popular album-oriented rock radio format of the day, which meant that music by black artists was effectively excluded from the network. You might see the occasional Jimi Hendrix clip, but there was no room for funk, disco, R&B or that new emerging form -- rap.

It wasn't long before the public took note of the glaring absence of African-American artists. MTV was called to task on the air in 1983 for its lack of black artists by none other than David Bowie. At about the same time, MTV famously refused to air Rick James' "Superfreak" video. It defended itself by claiming it wasn't a rock song.

Michael Jackson changed all that.

Jackson opened the door with the video for "Billie Jean," which was simply too good for its time to be overlooked. He blew that door wide open with "Beat It," which featured a guitar solo by the reigning rock god of the day, Eddie Van Halen. Jackson succeeded in this not just because he was a great singer, but because of his musical daring.

"Beat It" was a song that was incapable of being slotted among the genres of the day. Yes, it had all the signatures of a rock song -- overdriven guitars, a driving tempo and a searing solo. But it had more. It had a backbeat. You could dance to it. You wanted to dance to it. And the viewers loved it, regardless of their race or ethnicity. iReport.com: Share stories of Jackson's success, legacy

Jackson's effect on MTV was both immediate and permanent. His videos became cultural events and his success laid waste to the notion that white rock audiences wouldn't tune in for "black" music. In the aftermath of Jackson's breakthrough success, MTV helped usher rap into the mainstream with shows like "Yo! MTV Raps," and black artists like Prince and Chaka Khan became mainstays of the network.

It wasn't long before young people schooled on a diet that ranged from Public Enemy to AC/DC began to experiment with what those genres would sound like if they were combined -- just as Jackson had done with "Beat It." The outcome was some of the most interesting music of the next decade. Artists like Linkin Park, Rage Against the Machine, P.O.D. and Beck all owe a debt of gratitude to Jackson for creating a welcoming environment.

And we as fans all owe him the acknowledgment reserved for those individuals whose achievements transcend their chosen field and reshape the world around us.

I was always mournful about the sad spectacle his life became in recent years. But that should not detract from the meteor-like impact he had on popular culture at his peak. Michael Jackson was the Jackie Robinson of MTV. He disregarded the conventional categories of the day and created something that was both new and immediately accessible to millions of listeners.

In so doing, he forced an industry still informed by stubborn prejudices to rethink itself. Most successful entertainers can ride in tandem with the zeitgeist for only so long before they drift away. Michael Jackson did more than that. He inhabited the zeitgeist and bent it to his will. No matter where his life may have gone after that, it cannot overshadow this transcendent moment.