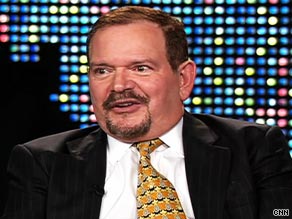 Dr. Arnold Klein, who was Michael Jackson's dermatologist, said he warned the singer about drug use.

"I'm very shocked by it, but I have to tell you it's not something that would be unheard of," Dr. Arnold Klein said Wednesday on CNN's "Larry King Live," adding that he repeatedly warned Jackson about the danger of such drugs.

Meanwhile, two sources close to the Jackson family said Wednesday that sister Janet, the pop star, was so worried after visiting the emaciated singer in 2007 that she tried to stage an intervention with assistance from her other brothers.

Michael Jackson reportedly ordered his security guards not to let the family members in. He also refused to take calls from his mother, Katherine.

"If you tried to deal with him, he would shut you out," one source said. "You just wouldn't hear from him for long periods."

At the time, the Jackson family released a statement to People magazine about the alleged intervention, denying it. But Janet Jackson was not among the signatories.

Also Wednesday, a source said the Los Angeles County coroner's office has drawn up a list of doctors who treated Jackson over the years and will talk to them to determine what kind of drugs they may have prescribed the singer in the past.

Among them: Klein and Dr. Conrad Murray, Jackson's cardiologist, whom the Los Angeles police already had interviewed.

The cause of Jackson's June 25 death is pending a toxicology report. It is also the focus of an investigation by police, the state attorney general's office and the U.S. Drug Enforcement Administration.

"I knew at one point that he was using Diprivan when he was on tour in Germany," Klein said, without specifying when. "He was using it to go to sleep at night. I told him he was absolutely insane. I said, 'You have to quit it. This drug, you can't repeatedly take.' "

Diprivan is a powerful drug administered intravenously to induce or maintain anesthesia or sedation, according to the Food and Drug Administration. It is known by the generic name Propofol.

Klein is the latest in a series of Jackson associates -- including doctors, nurses, employees and friends -- to tie the singer to drugs in recent days.

Last week, sources close to Jackson said the insomniac singer traveled with an anesthesiologist who would "take him down" at night and "bring him back up" during the "HIStory" world tour in the mid-1990s.

Klein, however, said he had not seen Diprivan or IV poles in the singer's house.

Asked whether Jackson had track marks on his arms, as one source said, Klein said he had not seen any.

"Michael, at one time, had an addiction. He went to England and withdrew that addiction, where he went off drugs altogether," the doctor said.

Watch doctor on Jackson's use of Diprivan »

Klein refuted that he had ever given Jackson drugs beyond the doses needed for surgery.

"If you took all the pills I gave him in the last year at once, it wouldn't do anything to you."

Klein carefully couched a question about whether he was the biological father of Jackson's children.

"The most important thing is: The father is who the children want their father to be," he said.

When King repeatedly pressed Klein, the doctor said: "I still can't answer it absolutely one way or another."

He said he donated sperm to a sperm bank, but not to Jackson. He said he is willing to take a DNA test.

Spokeswoman Sarah Hamilton said the costs included extra police on the streets, trash pickup, other sanitation and traffic control for the Tuesday event.

The city, which is $530 million in debt, set up a Web page asking Jackson fans for donations to help with the expenses.

On Tuesday morning, hundreds of donors contributed more than $17,000 through the site. But then, the high volume of traffic caused the site to crash frequently and for long periods, the mayor's office said.

Los Angeles City Attorney Carmen Trutanich does not want taxpayers to pay a penny for the service, his spokesman said Wednesday.

"The city attorney does not want something like this happening again, the city paying [the initial costs] for a private event," spokesman John Franklin said. "That's especially in a cash-strapped city, where people have been furloughed or even lost jobs."

All About Michael Jackson • Los Angeles