LOS ANGELES, California (CNN) -- Michael Jackson's sister, LaToya Jackson, told a London newspaper she suspects her brother was "murdered" in a conspiracy by "a shadowy entourage." 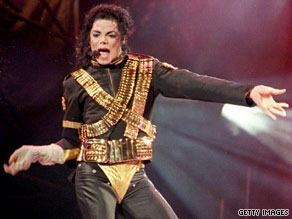 London's Daily Mail newspaper paid for the interview, according to a source close to the Jackson family and another source familiar with the interview arrangements. The amount of money paid was not disclosed.

Jackson cited no evidence of a murder conspiracy, Graham said, but she did tell the paper the family has seen results from the private autopsy it ordered. She would not reveal the findings, Graham said.

"There indeed had been concern among several family members about the circumstances around Michael's death," said Bryan Monroe, the last journalist to interview Michael Jackson. "Some folks have hesitated to go as far as saying it was murder."

The Los Angeles coroner could release his autopsy report on Jackson within a week, according to assistant chief coroner Ed Winter.

Los Angeles police Chief William Bratton told CNN last week that he was waiting for the coroner to determine the exact cause of Jackson's death. "And based on those, we will have an idea of what it is we are dealing (with)," he said.

The Jackson family knows that the probe into his June 25 death might turn into a criminal case, a source close to the family told CNN last Thursday. "The family is aware of a potential criminal prosecution," said the source, who did not want to be identified.

"I believe Michael was murdered, I felt that from the start," the paper quoted LaToya Jackson as saying. "Not just one person was involved, rather it was a conspiracy of people."

Graham said LaToya Jackson's choice of words "stopped me dead in my tracks."

"I asked her, 'Are you sure the word "murder" is what you want to use,' " Graham said. Jackson told her she chose that word purposely.

"He was surrounded by a bad circle," Graham said Jackson told her. "Michael was a very meek, quiet, loving person. People took advantage of that. People fought to be close to him, people who weren't always on his side."

CNN's Paul Vercammen and Traci Tamura contributed to this report.