Editor's note: James L. Walker, Jr., author of the book, "This Business of Urban Music," is a sports and entertainment lawyer whose firm, Walker & Associates, is based in Stamford, Connecticut. 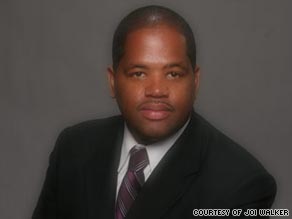 (CNN) -- Michael Jackson died of an overdose, according to the preliminary finding of the Los Angeles coroner described in court documents. The King of Pop apparently was given a variety of drugs that included the powerful sedative propofol, according to authorities.

The news came as a shock to some. But the reality it pointed to was this: Michael Jackson was an addict.

A drug addict is a person who has become physiologically or psychologically dependent on a habit-forming substance or drug.

I operate a halfway house and we deal with this struggle regularly with our men, who have become addicts, and they continually tell me how hard it is to overcome. They also tell me that people are vulnerable to addiction whether white or black, rich or poor: Drugs don't discriminate.

I am also an entertainment lawyer who understands the pressures of working in the music industry and the experience of insomnia that Jackson apparently complained about over the years.

And, of course, like millions of others, I am a huge Jackson fan and I own all the records and CDs and had THE jacket (from the "Beat It" video). And, I can sympathize with his sad life, legal problems, personal struggles, family issues and financial meltdown.

But, while I sing his songs regularly and imitate his dance moves, when the laughter and joy stops, it hurts me to admit the reality: Michael Jackson was a drug addict who didn't need to be the center of another musical tour, but needed to be the star patient at a treatment center.

For years, we have heard reports of Michael Jackson being addicted to painkillers and other things.

However, in our society, we tend to overlook that when it's a big name celebrity or someone we love in our circle of family and friends. Celebrities drop in and out of rehabilitation centers and drug abuse facilities nationwide. And, their lives go on and it's merely a passing footnote on the TV ticker running across the bottom of the screen.

With Jackson's tragic death at the young age of 50, hopefully some folks will wake up.

The National Institute on Drug Abuse reports that in the year prior to being surveyed in 2006, 560,000 Americans age 12 and older abused heroin at least once; more than 16 million Americans took prescription pain reliever, tranquilizer, stimulant, or sedative for nonmedical purposes; 6 million abused cocaine in any form; and 1.5 million abused crack.

In the case of Jackson, there is a lot of finger pointing at Dr. Conrad Murray and several other doctors, who may or may not be charged.

But, while we mourn the Motown legend and the tragedy of his life and death, it is important to note that this sad story sheds light on a much bigger problem in America: drug abuse.

Author Deepak Chopra, a friend of Jackson, has been telling us for weeks now on national TV outlets that Jackson had a drug problem.

"Dr. Murray is the one who is going to be blamed because he injected the drug, but from what I've learned he did not prescribe the drug," Chopra told CNN in reminding investigators to look deeper and further than Dr. Murray.

Jackson sold hundreds of millions of records, including the top selling album of all time, "Thriller." With his death, we can reach and teach billions of the dangers of drug use. Unfortunately, he joins a long list of major artists who have seen superstar careers end by the mortal reality that drug addiction can kill you.

It hurts us to talk about Jackson's drug addiction or drug problems, as it hurts us to look at a near-century of great artists struggling with drug issues and in some cases dying at the hands of drugs -- from jazz legend Billie Holiday's drug problem to Marilyn Monroe's overdose to singer Dorothy Dandridge's death from anti-depressants.

Elvis Presley's death brought to public light his prescription drug addiction. And, we saw in recent years Kurt Cobain's heroin-induced suicide death, and the 2004 death of Rick James, who wrote "Superfreak," from a drug-related heart attack.

Too often these stories don't prompt substantial national outrage and we fail to break the stereotypical picture of what we think of when we hear the words "drug addict."

Police and prosecutors are still mum on whether Jackson's death will result in criminal charges. It is not clear who is at fault. But no one is disputing that Jackson asked for these drugs repeatedly over the years, like most drug addicts, and had a sickness that afflicts millions of other Americans.

So, let the legal system play out, but let's stop avoiding what hurts the most, so we can save millions of other drug addicts from this horrible nightmare and other families from the pain the Jackson family will now live with forever.

The opinions expressed in this commentary are solely those of James L. Walker, Jr.