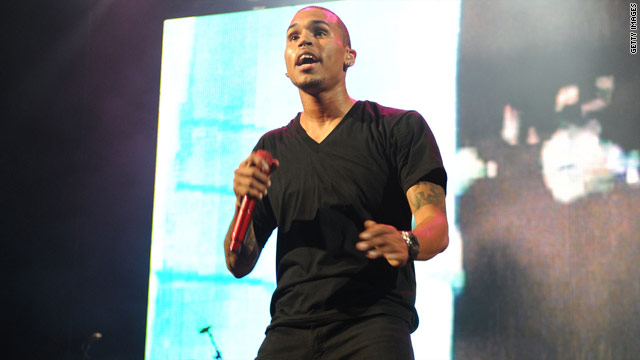 (CNN) -- Chris Brown and Rihanna's careers will go head to head again on Friday, when the pair release music videos on the same day.

Brown will join talk show host Wendy Williams for a sit-down and the premiere of his video for "Crawl," from his forthcoming album "Graffiti," and Rihanna will debut her video for "Russian Roulette" on ABC's "20/20" later that evening.

The line-up is like déjà vu of October 30, when ABC aired an exclusive interview with Rihanna in which she detailed Brown's abuse of her, while Brown discussed his version of their personal struggles with MTV News.

Both singers have albums coming out in the next several weeks and both will begin touring before the end of the year. Rihanna's collaboration with Jay-Z and Kanye West, "Run This Town," is currently at number 7 on the Billboard Hot 100 music chart. Brown's "I Can Transform Ya" with Lil' Wayne and Swizz Beatz is currently at number 24. Making television appearances and being available to fans is a major part of both artists selling their music in a tough economic climate.

According to psychologist Cooper Lawrence, author of "The Cult of Celebrity," though the media has painted him as the villain, fans will continue to rally around Chris Brown as long as he keeps doing what he is doing: publicly apologizing, remaining in the spotlight, touring and making music.

"True fandom is something like a cult that brainwashes you where you are unwilling to see the reality of the person you admire," Lawrence said. "His fans will keep buying his albums because they want to feel like they are helping him. Supporting him through this tough time makes fans feel like they are a part of Brown's inner circle."

In his interview with MTV News' correspondent Sway, Brown said he is trying to find a way to move beyond the incident last February, in which he assaulted Rihanna in Los Angeles, California, on the eve of the 2009 Grammy Awards.

"It's like, 'How do we get past it? How do you, Chris' -- talking to myself -- 'How do you go from point A to point B? How do you learn from your mistakes, turn it into a positive and help other people with the situation, and at the end of the day become the person that you want to be?' " Brown said on MTV.

Gail Mitchell, senior R&B correspondent for Billboard magazine, says she believes Brown's core fan group hasn't gone anywhere and that they are sticking by him.

"His fans don't condone anything and they know that this situation wasn't good but they are more concerned about what he is coming out with musically," Mitchell said. "If the song is good, then the song is good. People will buy his album."

"The View" co-host Sherri Shepherd admitted last week that she bought her nieces tickets to an upcoming Brown concert because she believes he deserves forgiveness and a second chance. And Wendy Williams is welcoming him with open arms on Friday.

Brown, it seems, will always have a place to tell his story and that will help him continue to sell music.

But some publicity outlets will remain closed to Brown for the near future. He probably won't be allowed to appear on Oprah Winfrey's show, for example, as the host did a show on domestic violence inspired by Rihanna and has said that Chris will not be welcome on her stage. She also entreated the singer to take time to get the counseling he needs.