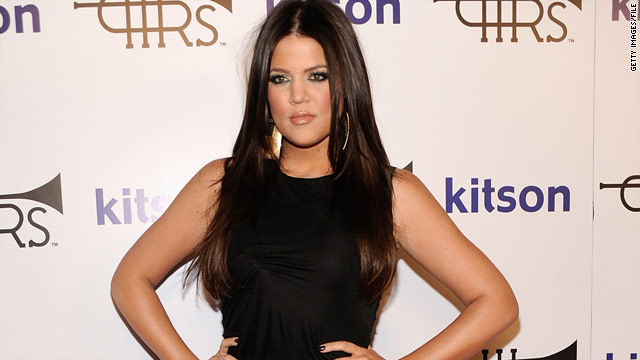 Kardashian, star of the E! network's reality show "Kourtney & Khloe Take Miami" and Odom, a forward for the Los Angeles Lakers, have purchased a seven-bedroom, nine-bathroom mansion in Tarzana, California, for nearly $4 million.

The pair, who married after a two-month-long courtship, have been looking for a place to call their own since their September 27 wedding.

Finding a home was one of the stipulations Kardashian, 25, wanted met before the couple started thinking about growing a family.

"I would be over the moon if I was having a baby, but right now, our focus is on finding a house. They say it's a buyers' market, but no one is selling, and I think it would be very stressful to have a baby in a condo downtown," Kardashian told CNN earlier this month.

When asked by talk show host Chelsea Handler earlier this month if Khloe is pregnant yet, Odom, 30, responded, "Soon." And when Handler pushed and asked, "You planning on having a baby soon? You want to do that right away?" Odom responded, "I do."

Kardashian was even more candid with CNN, saying, "We are not planning to have a baby, but we're not doing anything to not have a baby right now."