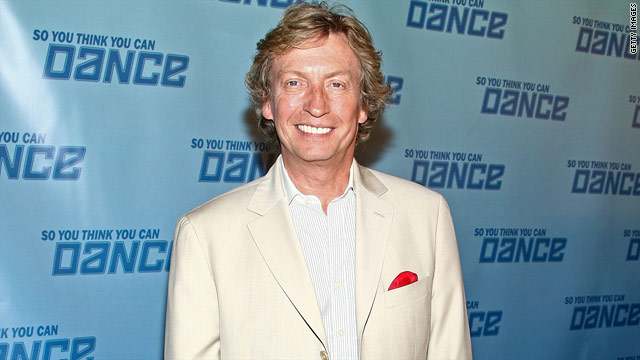 (CNN) -- Nigel Lythgoe was tired of saying "no" to promising young dancers.

"We see so many rough diamonds that you would love to be able to take under your wing and polish and say, 'Wow, they look like they can become fabulous dancers,' " said Lythgoe, the co-creator and executive producer of the TV show "So You Think You Can Dance." "But we can't take people that just show promise. So in order to try and do something with that, we thought of the idea."

The nonprofit aims to boost dance education in the United States through scholarships, school and after-school programs, and eventually a dance academy in Los Angeles, California.

The scholarships have come first: Last month, Dizzy Feet announced that it had awarded scholarships to underprivileged students to attend the Juilliard School, the American Ballet Theatre and the Debbie Allen Dance Academy.

But with their background and interest in dance, Lythgoe and his co-founders aren't content merely to raise money and hand it out. They also want to establish an accreditation program for dance schools, and national standards for dance education, to ensure that students receive high-quality instruction.

Lythgoe is also on the board of the LA's BEST (Better Educated Students for Tomorrow) group and has put the choreographers from "So You Think You Can Dance" together with the after-school enrichment program's teachers. He says it's having an affect on at-risk youth.

"The police have actually given us figures that said that crime in these areas is 30 percent down," he said. "So I much prefer to see somebody crump and attack somebody with crump than with their fist, you know?"

Of course, he feels strongly that dance should be part of the school curriculum, not just an after-school activity, despite the "sad truth" that arts programs have been among the first cuts to school budgets in these recessionary times, especially in deficit-plagued California.

"I think everybody realizes how important the arts are for our cultural growth and for the legacy that we leave, you know. It is the one thing I believe that separates us from anything else on Earth, whether it's art, poetry, dance, music. It really is," Lythgoe said. "And it's very special to us, and it's something that we need to protect and introduce to our kids."

Dizzy Feet's latest attempt to burnish that legacy is Sunday's first Celebration of Dance fundraising concert at the Kodak Theatre in Hollywood, featuring performers from "So You Think You Can Dance" and "Dancing with the Stars," as well as the Groovaloos, Quest Crew, dancers from the "Step Up" movies and Dizzy Feet's initial scholarship recipients.

Lythgoe hopes that putting all of that talent on one stage will not only raise more money for Dizzy Feet's projects, it will show what's possible when kids receive early dance education.

"Oak trees don't grow overnight. They start with seeds, and they need to be watered and nurtured, and that's what we need to do with our children if we're going to have them as strong and involved in the arts," he said. "And you never know if you enjoy dance until you dance."