NeNe and Kim to be cut from 'The Real Housewives'? 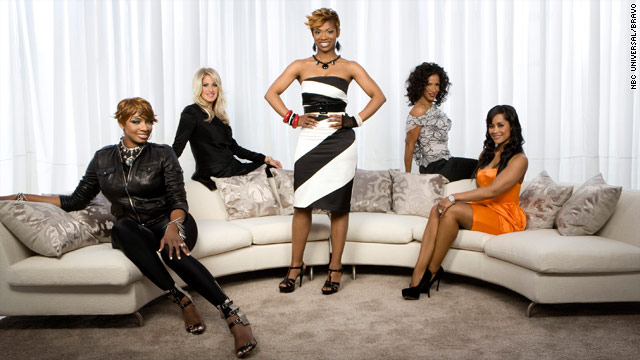 The rumor mill is churning that the "Real Housewives of Atlanta" will return next season without NeNe and Kim.
STORY HIGHLIGHTS
RELATED TOPICS

(The Frisky) -- Some very disturbing reality TV news reached my ears this weekend, and for the first time in a month, it has nothing to do with "Jersey Shore."

According to the New York Daily News and People, NeNe Leakes and Kim Zolciak are very close to getting pink-slipped from "The Real Housewives of Atlanta."

Supposedly, the two are making through-the-roof payment demands to participate in season three of the show, not to mention that their constant feuding has gotten on producers' nerves.

"Bravo has been taking meetings with some notable and wealthy Atlanta women about possibly joining the show," said a source from the show. "They're trying their best to keep the process under wraps, but they're gearing up to make a major move in the third season."

One of the woman who was on the producers' original wish list: Tameka Foster, the soon-to-be-ex Mrs. Usher.

I just hope Bravo realizes that NeNe and Kim are "The Real Housewives of Atlanta." It's their super-sized personalities that make the show so compelling.

Kandi is sweet, Sheree is fun to hate, and Lisa is, well, bland, but really, the three only exist to give you a breather from the intense drama that is NeNe and Kim.

Feel free to add a housewife, but please, please do not take either of these two away from us. Or we'll pull off your wig.