(CNN) -- England's ambitions of staging the 2015 Rugby World Cup received a massive boost on Tuesday when tournament organisers recommended their bid to the International Rugby Board. 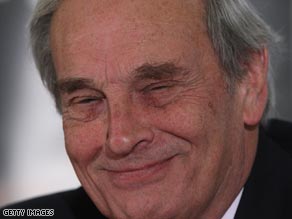 The Rugby Football Union held off competition from South Africa, Italy and Japan to receive the endorsement from Rugby World Cup Limited.

Japan have been recommended as hosts for the 2019 World Cup while the final decision will be made by the IRB's council on July 28.

RFU chairman Martyn Thomas said: "The RFU is delighted that Rugby World Cup Limited has decided to recommend England to the IRB Council as the host for RWC 2015.

"When we presented to the council in May we said that in the current difficult economic environment we could deliver a low-risk, high-return tournament that would leave a lasting legacy for the global game.

"We would like to reiterate that commitment and promise that we will pack iconic stadia full of excited fans and that we will give the game the best possible global platform on which to showcase itself to the world.

"We are truly excited about the opportunity to host the third largest sporting tournament in the world and fervently hope that the recommendation is accepted in July."

Preparations are well underway for London to host the 2012 Olympic Games while the English Football Association hope to land the 2018 World Cup finals after missing out three years ago.