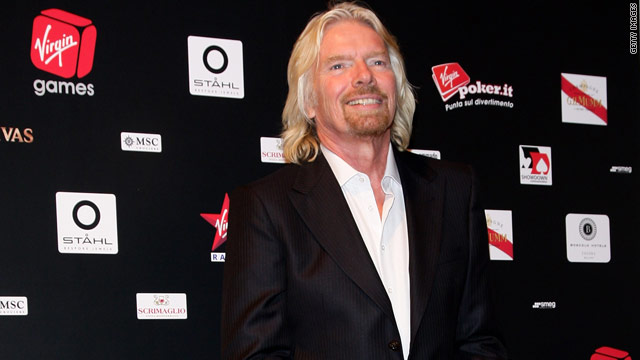 Richard Branson's Virgin brand will have a presence on next year's Formula One grid.
STORY HIGHLIGHTS

(CNN) -- Manor GP are to be rebranded Virgin Racing ahead of their Formula One debut next season.

Manor team chief John Booth and Virgin supremo Richard Branson are due to announce the long-awaited sponsorship tie-up on Tuesday.

The news has effectively been confirmed by motor sport's world governing body, the FIA, as they have announced the 2010 entry list for the F1 world championship.

Currently there are 12 teams, with the name Virgin Racing amongst the newcomers for 2010, joining Lotus F1 Racing, Campos Meta 1 and US F1 Team.

The issue of the 13th entry remains unresolved, although Sauber are widely expected to be granted a place on next year's grid following a meeting of the World Motor Sport Council in Monaco on December 11.

Peter Sauber last week regained control of the team he sold to BMW four years ago after the German manufacturing giant's withdrawal from the sport.

"I am very relieved about that development," the 66-year-old Swiss, who is hopeful the FIA will now look favorably on the team's entry, told reporters.

"It would have been a crying shame had one of the best Formula One factories closed down. Regarding the slot on the grid, I am very confident we will be given a final confirmation very shortly."

The Formula One Commission are due to discuss Toyota's fate next week, again in Monaco on Wednesday.

The Japanese manufacturer pulled out of F1 at the end of last season, despite during the summer signing the new Concorde Agreement that bound them to the sport for the next three years.

Speculation has surfaced of late regarding a potential takeover, yet it is unclear whether a buyer would automatically be granted an entry on the basis of Toyota's signature on the Concorde.

In a statement, the FIA said: "Toyota Motorsport GmbH remains formally bound by the Concorde Agreement to put forward a team for participation, though it has indicated that it will not be in a position to do so.

"An announcement will be made regarding this entry in due course."