The 20 most wanted footballers

LONDON, England (CNN) -- For Europe's biggest leagues the football season has ended, the boring business of kicking a ball about is over, and now the real fun can begin as the transfer window opens. 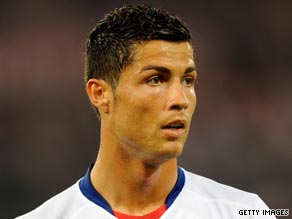 What is the transfer window?

The transfer window is a set period of time when football clubs are allowed to buy new players. Although players can't be bought outside the transfer window it doesn't stop clubs negotiating transfers before the window opens, with players signing on the dotted line once it does.

There are two transfer windows per year, one pre-season, and one mid- season, which is open throughout January.

The English Premier League pre-season transfer window opened at midnight on the last day of the season (May 24) and will close on August 31, while in the other big European football nations (including France, Germany Italy and Spain) the transfer window opens on July 1 and closes at the end of August.

Other countries operate pre-season transfer windows to fit the calendar of their own football seasons.

See our choice of the top 20 transfer targets ».

Why does it matter?

The transfer window can see some of football's biggest stars switch club and it is a period that can determine how a team will fare during the season ahead. It is a chance for coaches to rebuild and reinforce their squads, and a time when clubs can see their key players depart for greener pastures and bigger wage packets.

When a club is active in the transfer window, making big name buys, it can be taken as a statement of intent for the following season. Just watch Spanish club Real Madrid bring in star players in an attempt to make up the distance between them and arch-rivals Barcelona.

The global economic downturn means many clubs may not spend as much money this summer as they have in recent years, or that they may be more willing to trade or part exchange players if they are unable to meet a player's price tag.

The final day of the transfer window, known as deadline day, often brings a frenzy of activity as teams try to finalize deals before the window slams shut, drawing the curtains until January 1, when the transfer fun begins again.

Keep up with the latest transfer gossip with our transfer blog.

This summer's transfer window is likely to be dominated by one club -- Real Madrid. Their newly elected club president, billionaire construction magnate Florentino Perez, previously headed the club between 2000 and 2006, when his policy was to bring football's biggest names to Real Madrid.

The "Galacticos" brought to Real by Perez included the likes of Luís Figo, Zinedine Zidane, the Brazilian Ronaldo and David Beckham.

Now Perez is back in charge and seems intent on reviving his "Galacticos" policy, rsigning former World Player of the Year Kaka before smashing the world transfer record to spay $130 million for Manchester United's Cristiano Ronaldo.

But Real won't have it all their own way, facing competition from the likes of Chelsea. New manager Carlo Ancelotti is bound to have brought a shopping list with him and the club's Russian billionaire owner Roman Abramovich will want to show that he still has the financial muscle to compete on the transfer money-go-round.

Then there is Manchester City, funded by the vast oil wealth of the Abu Dhabi United Group. The owners have so far struggled to attract big names to the club and will be keen to show that City are genuine Champions League material.

At the other end of the spectrum Spanish club Valencia are in all kinds of financial difficulty and may be forced to sell their biggest assets, with David Silva and striker David Villa the most prized of all.