(CNN) -- English Premier League side Chelsea have said they will mount the "strongest appeal possible" following the transfer ban placed on the club by world football's governing body FIFA. 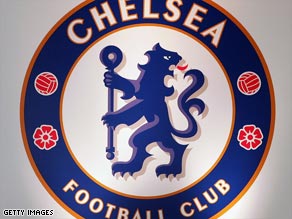 The punishment, which would prevent any new member joining the squad until 2011, was dished out after the club were found to have "induced" Gael Kukuta to breach his contract in a transfer from French league side Lens in 2007.

In a statement on their official Web site, Chelsea announced their plan to: "Mount the strongest appeal possible following the decision of FIFA's Dispute Resolution Chamber over Gaël Kakuta.

"The sanctions are without precedent to this level and totally disproportionate to the alleged offence and the financial penalty imposed. We cannot comment further until we receive the full written rationale for this extraordinarily arbitrary decision," the statement concluded.

The ruling came after Lens complained to FIFA that Chelsea had acted improperly over the transfer of 18-year-old left-winger Kakuta two years ago.

The complaint was referred to the body's Disciplinary Resolution Chamber (DRC) who decided to impose a ban on any further player recruitment by last season's Champions League semifinalists. Have FIFA made the right decision? Sound Off below.

A statement on FIFA's official Web site read: "The DRC found that the player had indeed breached a contract signed with the French club.

"Equally, the DRC deemed it to be established that the English club induced the player to such a breach. As a result the player was condemned to pay compensation in the amount of €780,000 ($1.1 million), for which the club, Chelsea, are jointly and severally liable, and sporting sanctions were imposed on both the player and Chelsea in accordance with art. 17 par. 3 and 4 of the Regulations on the Status and Transfer of Players."

Kakuta, who was voted the side's academy player of the year in his first 12 months with Chelsea, received a personal suspension of four months as a result of the ruling.

"Chelsea are banned from registering any new players, either nationally or internationally, for the two next entire and consecutive registration periods following the notification of the present decision."

The first football transfer window in Europe runs from January 1-31 in 2010; the second from the end of the current season until August 31 in Europe, and September 1 in Britain next year.

Chelsea were also ordered to pay Lens "training compensation" of €130,000 ($185,000), in a decision the club could appeal at the Lausanne-based Court of Arbitration for Sport (CAS).

Football governing bodies have intervened on two previous occasions in recent times regarding the acquisition of new players by Chelsea.

In 2005, Nigeria midfielder Jon Mikel Obi was ordered by FIFA to return to Norwegian club Lyn Oslo to see out his contract before eventually joining Chelsea, after protracted transfer negotiations had led to disagreement with Manchester United who also claimed they had signed the player.

The club were found guilty of breaking rule K3, which forbade them approaching Cole, who still had two years left on his Arsenal deal, "by any means while under contract."

The Blues were also warned they could face being docked points if a similar offence occurred during the 2005/2006 season.

It is the second time FIFA have handed out a transfer ban on a club.

The transfers of Switzerland's FC Sion were frozen until the end of the 2010 season after they attempted to sign Egypt's Essam El Hadary before the goalkeeper's contract with Al-Ahly had expired.