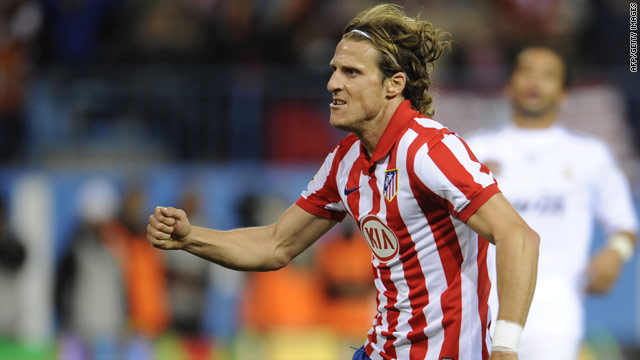 Forlan has signed a new contract that will keep him with Atletico Madrid until 2013.
STORY HIGHLIGHTS

(CNN) -- Atletico Madrid striker Diego Forlan has signed an extension to his contract that will keep him at the club until 2013.

The 30-year-old Uruguay international, who was the top scorer in the Spanish Primera Liga last season, had been on a deal that was due to expire in 2011.

Forlan told the club's official Web site that he was "very happy" with the deal.

"I'm convinced that we can win titles during this time," the club quoted him as saying.

"The organization, my teammates and I will do everything we can to win everything that is possible, although right now the most important thing is to get ourselves out of the situation in which we find ourselves."

The one-time Manchester United player joined Atletico in 2007 from Villarreal for 21 million euros.

The nine-times Spanish champions qualified for this year's Champions League by finishing fourth -- but they have endured a torrid first part of the season and lie third bottom of the table and have already been eliminated from the Champions League.