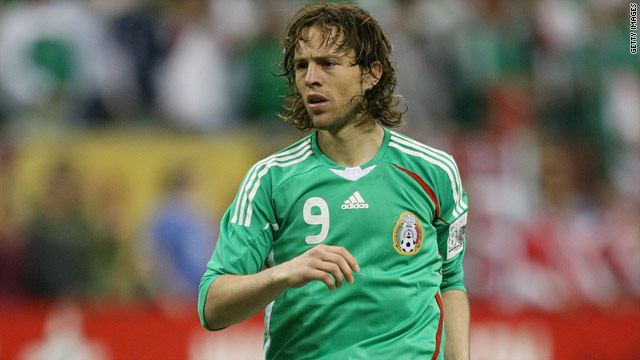 De Nigris played 16 times for Mexico and was playing for Larissa in Greece when he died.
STORY HIGHLIGHTS

(CNN) -- Mexico international striker Antonio de Nigris has died at the age of 31 from a suspected heart attack.

The former Villarreal player, who was capped 16 times by his country, was rushed to hospital in the early hours of Monday morning but was pronounced dead on arrival, his Greek club Larissa confirmed in a statement.

"It is with deep sorrow that the administration, coaching staff, players and executives of the club would like to express their condolences to his family, particularly to his wife Sonia and their five-year-old daughter Miranda.

"An autopsy will be held at the General Academic Hospital in Larissa to determine the precise reasons of his death."

De Nigris represented his country at the 2001 Copa America and scored a superb goal against Brazil on his international debut.