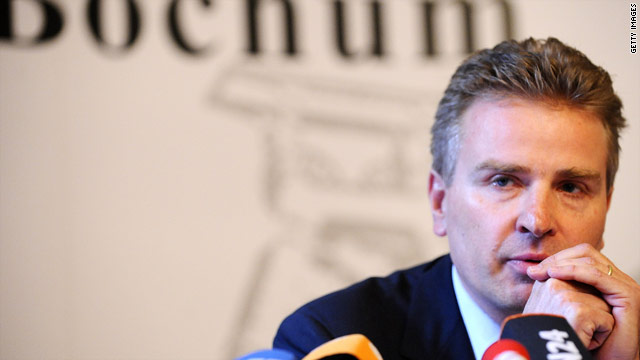 (CNN) -- Prosecutors in Germany are investigating a huge match-fixing scandal with over 200 games under scrutiny and 15 arrests made.

Police told a news conference in Bochum on Friday that more than 50 raids had taken place in Switzerland, Germany and Britain to smash an international gang, who are alleged to have fixed matches to win money on betting.

The games in suspicion are mostly lower league games across nine countries, but not in the major leagues in England, Spain or Italy.

But authorities reported that 12 Europa League and three Champions League games have been affected.

A qualifying match for the European under-21 championship is also under suspicion.

The leaders of the betting ring are said to have made over $14 million and in the raids £1.48 million in cash and other assets was seized.

The investigation, which has been carried out for over year by a special unit operating out of Bochum, has taken place with the full knowledge of European governing body UEFA, who had a representative, Peter Limacher, at the news conference.

"UEFA will be demanding the harshest of sanctions before the competent courts for any individuals, clubs or officials who are implicated in this malpractice, be it under state or sports jurisdiction," the general secretary Gianni Infantino said in a statement on the official UEFA Web site.

The extent of the match-fixing is still to be fully revealed, and the identity of those arrested has not been made public.

But is believed that over 200 people are involved, with players, coaches, referees and other officials implicated.

UEFA president Michel Platini strengthened the organization's betting fraud unit when he was elected and Infantino said the arrests showed that his actions had been justified.

"I would like to thank the German authorities for their action and for the good collaboration," he said.

"This case proves that it is possible for a state investigative authority to work closely together with a sports governing body when it comes to corruption or match-fixing."