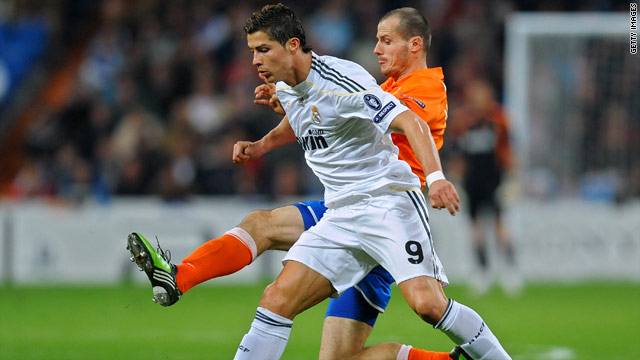 The world's most expensive player returned in Wednesday night's 1-0 Champions League win over FC Zurich, coming on as a second-half substitute after two months out with ankle problems.

The $130 million signing from Manchester United played the final 20 minutes as Real edged closer to qualification for the knockout stages thanks to Gonzalo Higuain's winner.

He absence had been noticeable, as big-spending Real won just five of 10 matches while he was out, and he also missed Portugal's World Cup playoff victories against Bosnia-Herzegovina.

"I'm tired because I'm still not at 100 percent, but I'm sure I will return to be how I was before the injury -- scoring goals, having good games and helping the team," Ronaldo, who returned to training on Friday, told Spanish television channel Telemadrid.

"I want to play in the Clasico if I feel good, although that is the reasonability of the coach. In any case, with or without me, the team are first in La Liga and in their Champions League group.

Real returned to the top of the Spanish league on Saturday, scraping a 1-0 win at home to Racing Santander while defending champions Barca were held 1-1 away to Athletic Bilbao.

However, the Catalan giants bounced back to keep the defense of their Champions League title on track with a 2-0 victory against AC Milan on Tuesday.

Real will be seeking revenge for their 6-2 hiding at home to Barca in May which effectively ended the title race and numbered the days of coach Juande Ramos.