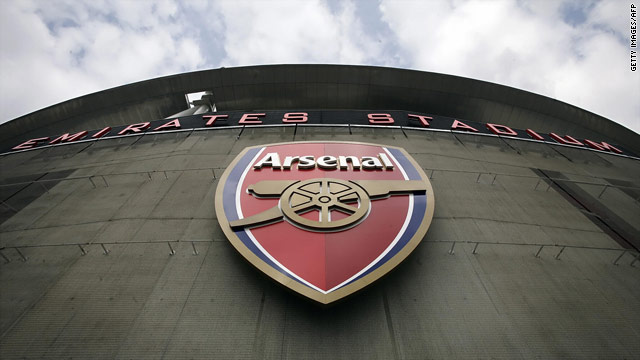 Stan Kroenke has increased his stake in Arsenal after he bought 25 more shares in the English Premier League club.
STORY HIGHLIGHTS
RELATED TOPICS

(CNN) -- Stan Kroenke has increased his stake in Arsenal after he bought 25 more shares in the English Premier League soccer club which edges him closer to an outright takeover bid.

The club's parent company, Arsenal Holdings, released a statement which confirmed notification that American director Kroenke acquired 25 shares valued at $13,700 -- a total of $342,500.

Kroenke now holds 18,649 ordinary shares, which is 29.9 percent of the club but just below the 30 percent holding which would trigger a compulsory takeover bid for the north London team.

Arsenal's second largest shareholder is Russia-based Uzbekistan billionaire Alisher Usmanov who owns 26 percent of the club having increased his own shareholding earlier this month.

At the Gunners annual general meeting at the Emirates Stadium on October 22 Kroenke was asked what his intentions were for the north London club, but declined to comment.

Almunia saved a penalty in Arsenal's 2-0 victory over Hull City and with Manchester United and Chelsea both dropping points this weekend, Arsenal are now hot on the heels of the top two.

"We reacted very well to a tricky game. We showed some good character to play football against an aggressive team," Almunia told the club's Web site.

"Sometimes we look back and think, if we had been more consistent, we would be first in the table now. Until the end of the season, there will be a few teams fighting for the title and it will be one of the tightest Leagues for years.

"Not many players knew about the Man United defeat [on Saturday afternoon] before our kick-off. We were just focused on our game. I knew the result but when you are on the pitch, you don't think about other results. But you do look forward to the game a bit more.

"We don't play midweek this week and we wanted to enjoy Christmas with the family knowing you have taken a good three points."