(CNN) -- Users of social-networking sites such as Facebook risk losing control of their personal information because they are not fully aware of the implications for their privacy, a freedom of information expert warned Wednesday. 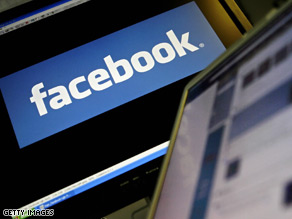 Data-protection specialist Mark Gleeson told CNN that social networking users should be very careful about what information they post on the Web.

He said users should make sure they understand who could access their profiles, and how that information could be used. They also should familiarize themselves with sites' privacy options, he said.

"It is very important to take steps yourself to understand what is going on with your personal information," Gleeson said. "Once it's out there it's very difficult to get it back. You can lose control over it."

Facebook, currently the world's most popular social-networking site, was forced to back down Wednesday after many members revolted against a change to its user information policy, which would have granted the site permanent rights to all photos and postings even after a user had closed down an account.

But Gleeson, of UK law firm Addleshaw Goddard, said the case raises other issues of privacy concerning social networking, such as the security of personal data and whether information could end up in the hands of marketing companies. He also said that employers have been known to visit such sites to check personal details about prospective workers.

Young people, for whom communicating with friends via social-networking sites is often second nature, should be particularly careful about what they post online, Gleeson said.

"They don't have the level of suspicion that other people have about the Internet because they just see it as a way to communicate and understanding the implications won't be in the forefront of their minds," he said.

Gleeson said the Facebook backlash may have blown up out of a misunderstanding over the site's attempt to clarify content ownership. But he said the way the company went about the change provoked alarm among some users of the site.

"It comes down to how you deliver the message," Gleeson said. "If you change your terms and conditions and remove a section and leave it at that without bringing it properly to people's attention you're going to get suspicion." iReport.com: Your thoughts on Facebook's about-face

Data-protection laws differ from country to country. But Gleeson said Web sites generally face a balancing act between meeting their legal requirements to explain their policy towards personal information -- often in the form of dense terms and conditions pages written in "legalese" -- and providing the same information in a way accessible to users.

"One of the requirements of data protection is that personal information is processed fairly and lawfully. Fairness is all about telling people what you are going to do with their information and being clear and transparent," Gleeson said.

"The difficulty is that in many cases you've got a tension between insuring that you tell people what you need legally to tell them against making that clear and understandable." iReport.com: Too much information posted online?

But Gleeson said it was in sites' interests to treat their users fairly. He said the Facebook case demonstrates that social-networking services need to keep their users on their side -- or risk losing them to rivals.

"It's always in the interests of reputable sites to treat information fairly and treat their users fairly because the last thing you want to be seen to do is alienate people," he said. "When people feel that they can't trust a site then they will go elsewhere."