(CNET) -- Universal Music Group, the nation's largest recording company, and YouTube are closing in on a final agreement to create a new premium music video Web site, according to sources close to the negotiations. 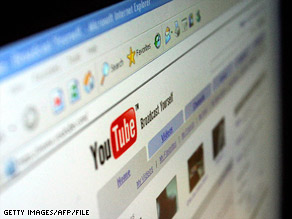 YouTube and Universal Music are closing on a deal to offer a joint music video site, sources say.

The sources said that the proposed service, which is tentatively named Vevo, would be a destination site closely linked to YouTube. Should an agreement be reached, Vevo would likely be the largest music-oriented site on the Web. Talks are ongoing, but a deal could be reached as early as the next few weeks, sources said.

A YouTube spokesman said: "We are always working with our partners to find creative ways to connect music, musicians, and fans."

Universal's YouTube channel is by far the largest on the video site. The label's music videos have been viewed more than 3.5 billion times. Vevo and the joint venture with YouTube were born out of a year-long campaign by Doug Morris, Universal's chairman and CEO, to build music videos into a standalone business. CNET News first reported in September that Universal Music was planning a "Hulu-like" site.

Morris and Universal have been intent on creating a premium digital music-video business. According to the sources, label executives believe Vevo is the answer.

A standalone music site--which would feature traditional music videos and interviews, along with other artist-driven content--is designed to attract high-end advertisers, some of whom may have been skittish in the past about advertising alongside YouTube's user-generated videos.

Universal has acquired an ownership stake in a large number of digital music services. The deal would give Universal some control over the revenue generated from its music videos while also allowing the company to benefit from YouTube's technology expertise.

Universal executives last year said the label sees revenue in the "tens of millions" from YouTube.

The other major labels, Sony Music Entertainment, Warner Music Group, and EMI, have been approached about joining the service, according to the sources. YouTube and Universal have a vision of the site becoming a syndication platform for all kinds of premium content beyond music videos, such as editorial content, merchandising, Webisodes, or artist-generated videos.

The news comes as the four largest music labels are renegotiating their licensing deals with YouTube.

The labels learned the hard way that music videos were more than just a means to promote music and artists. The story is legend now but MTV built a huge business on music videos while paying the labels little.