(CNN) -- Some interesting "hyperlocal" Web sites have emerged in the past few years, the idea behind them being to provide news at an extremely local level. Prominent among them is EveryBlock.com, launched last year in Chicago. 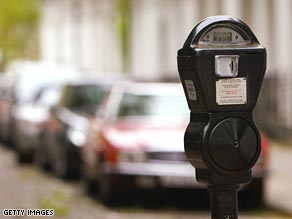 The site now covers about a dozen major cities in the U.S. It aggregates, largely through computer programming, information feeds from commercial, nonprofit, or government sources, down to the level of a city block, and up to the level of the entire city.

Starting this summer, the source code for EveryBlock will become available for anyone to use, as per the conditions of a grant it received. This means that -- theoretically at least -- there could be EveryBlock-type sites from Bangalore to Tokyo to Stockholm.

But it remains to be seen how well the idea exports: While commercial and nonprofit data feeds are relatively easy to acquire, government data is a bit trickier.

Indicate your address at EveryBlock and you'll get lost-and-found postings from Craigslist, local pictures posted recently to Flickr, reviews of local restaurants and other business from Yelp, and news articles or blog posts that include neighborhood addresses.

On the Chicago site -- EveryBlock sites differ a bit by city -- you can get foreclosure data down to the block level. The site uses data from the Woodstock Institute, a Chicago-based nonprofit that promotes community reinvestment. Foreclosure auction results are also available.

To acquire government data, EveryBlock has staff committed to working out data-feed arrangements with municipal governments in the U.S. Some of it is freely available, but in other cases relationships need to be painstakingly forged. Often it's a struggle.

The overview page of San Francisco's Japantown neighborhood gives an idea of EveryBlock's promise. The commercial and government data are cleanly presented together on a single page, and it can also be delivered as an RSS feed or as e-mail alerts. Users can switch between list and map views.

On the Timeline tab, you can zoom out from neighborhood to citywide-level news for any of the categories, such as police calls.

All of the information is "new" -- as in recent. Whether it can be called "news" is open to debate. Much of it feels more like data -- but why does data have to be framed by an article to be dubbed news?

In any case, the idea was interesting enough to win a journalism innovation award, and grant money, from the Knight Foundation a few years back, when the site was called Chicagocrime.org.

One of the early Google Maps mash-ups, Chicagocrime.org simply listed crimes for city blocks in Chicago, each block getting its own page.

The Knight Foundation saw the potential of block pages offering many kinds of feeds. With local newspapers struggling to survive, or going out of business, the timing seemed right.

EveryBlock cannot replace investigative local journalism -- that's another story. But it does provide a convenient stop for useful local information -- more local, in fact, than newspapers generally provide. In that sense it seems to be a piece of the puzzle. And it can partner with papers.

The New York Times now collaborates with EveryBlock to chart its political news coverage, sorted by neighborhood or block so that New Yorkers can see what their elected local officials are up to. The Chicago Tribune and the Chicago Sun-Times have also partnered with the start-up.

Since its launch early last year, EveryBlock has been subsisting on grant money and exploring revenue models, including tapping very local advertising. The grant ends this summer, after which the company is expected to sustain itself and required to open its source code.

But will governments open their data? The question arises, especially when considering EveryBlock-type sites for cities outside the U.S.

As the mayor of Vaxholm, a city in Sweden near Stockholm, Per Mosseby regularly blogs to keep his citizens informed of local government happenings.

He believes EveryBlock-type feeds of public data are still a ways off, both in Sweden and the European Union. While such data is available in Sweden, he notes, there's little in the way of standardized formats, and generally citizens must call or visit the city administration to get at it.

"If you're lucky, that city will publish some data on the Web in some proprietary manner," he notes, "but that is really uncommon."

That story is repeated in much of the world, and indeed some governments jealously guard "public" records. Forming relationships will be difficult in such cases.

India passed a Right to Information Act in recent years -- and has plenty of programming talent -- but its bureaucratic culture persists and could hamper any attempt at an EveryBlock-like presentation of government data.

Such attempts, on the other hand, might lead to more data eventually opening up.

South Korea has many sites focused on local neighborhoods. But they lack government data, which is less public than in the U.S., notes Benjamin Joffe, CEO of cross-market consultancy +8*.

Meanwhile, cultural differences would likely emerge on international EveryBlocks. While the Japantown neighborhood of San Francisco reports a steady dose of crime, neighborhoods in urban Japan are relatively safe.

"Japanese city blocks may not be as dynamic as U.S. ones, and further, not have the same degree of misdemeanors," notes Terrie Lloyd, a publisher of English-language magazines and Web sites in Japan.

Still, something such as EveryBlock could receive a warm welcome in Japanese cities if it were presented as a "public service" and "local economic stimulation," believes Tei Gordon, a Japan market entry and strategy consultant based in Tokyo.

"The EveryBlock revenue model would play into building local economies perfectly as well, by helping disseminate more localized advertising," he says. "In this down economy, I think anything that might stimulate local economies would be welcome."

That logic would seem to apply nearly everywhere. Whether EveryBlock works everywhere remains to be seen -- but, like the local news, it's worth following.