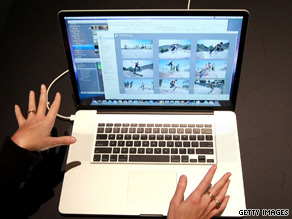 Savvy cyber criminals are taking advantage of our increasing reliance on computers and the Internet.

Panda Security, a Spain-based antivirus maker, has been monitoring an onslaught of links with malicious software, or "malware," on Twitter that tag hot topics such as the Air France crash, the NBA finals, "American Idol" runner-up Adam Lambert and the new iPhone.

The growing sophistication of malware attacks mirrors the growing threat -- and cash -- generated by online crime. Already, cyber crime is estimated to cost companies and consumers more than $100 billion worldwide. Some officials claim it has now eclipsed illegal drugs as a criminal moneymaker.

Cyber crime is one of the few industries benefiting from the financial crisis. Last year, antivirus maker McAfee saw a 500 percent increase in malware types -- more than the company had seen in the previous five years combined. In the United States, the FBI reported a 33 percent increase in Internet crime last year.

But companies and governments find themselves in a losing war with Web-savvy criminals, experts say.

"The fundamental fact is cyber criminals are highly organized with sophisticated corporate structures and business chains," said Michael Fraser, director of the Communications Law Centre at the University of Technology Sydney in Australia.

On these Web sites, would-be criminals can purchase toolkits to learn how to side step security measures or create their own "botnet" -- referring to software that can, unbeknownst to victims, turn their computers into spamming foot-soldiers for criminal networks. One Web site advertises software that can capture information for a popular Internet secured-payment provider for $500 -- discounted to $400 for the first 100 buyers.

Although the techniques of cyber crime have evolved, online criminals prey on human vulnerabilities like criminals throughout the ages. In the digital age, that means tempting with free downloads, money schemes and pornography.

Now the biggest threats include "phishing" schemes and "botnet" attacks.

Phishing is where criminals masquerade as a legitimate business or Web site and trick victims into revealing passwords, credit card information and other personal data.

Botnet attackers commandeer personal computers as part of a large network of "zombie" computers that, on command, target companies for spam attacks to cripple IT capabilities. Botnets -- some of which are large enough to deploy tens of billions of spam e-mails a day -- are often used in extortion schemes.

"They ring up the IT manager of a company and say, 'Pay us a million or we'll take you down'," said Fraser, who has worked with companies victimized by botnet attacks.

And unlike prankster virus-makers, these malware makers are determined to stay hidden.

"Once it became a business, then (cyber criminals) began to look at what companies like us were doing, and figure out weaknesses," he said. "They are very customer friendly ... they sell updates, they will highlight what the product does and what antivirus software can't detect them.

And because of the transnational nature of the crime, it's extremely difficult to prosecute. A scan of 500 headlines on Internet-related arrests from newspapers around the world the past two years found about 90 percent were related to child-pornography cases.

"Child pornography is easier to prosecute because it is possible to find the evidence on the perpetrator's computer systems," said Spafford of Purdue University.

Cyber-criminal networks are as porous as the Internet itself.

"There are multiple jurisdictions and unless it's an ongoing crime that uses the same path all the time, the trail goes cold quickly," Spafford said. "I may be able to trace back to a computer system, if I'm lucky, or trace it back to a cyber cafe -- but how do I know who was behind it?"

Often criminal networks are run in countries such as Russia and China, where government officials turn a blind eye to these activities -- so long as their victims reside outside the host country, Spafford said.