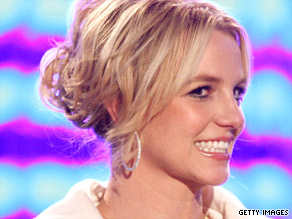 Pop star Britney Spears was among those falsely claimed to be dead recently.

Despite what you may have read, Jeff Goldblum, Natalie Portman, George Clooney, Britney Spears, Harrison Ford and Rick Astley are alive.

Fake news of their deaths flew across the Internet -- particularly on online social networks like Twitter and Facebook -- after Michael Jackson, Farrah Fawcett and Ed McMahon were reported dead.

The situation is calling attention to the changing state of the news media: As information online moves faster and comes from more sources, it's more difficult to verify what's true and what may be shockingly false.

Some have downplayed the situation, saying the rumors are not harmful. Others find the situation offensive in light of the actual deaths last week.

Internet-savvy readers can tell the difference between fake news and real information that has been verified by a trusted blogger or mainstream news reporter, said Gabriel Snyder, managing editor at Gawker, a celebrity news and gossip blog not associated with the rumors.

"It's easier than ever to publish stuff, and the human condition is a complicated thing. Some people just like to be responsible for starting something," he said, noting that the trend is not especially new.

Others say the fake deaths, or "death pranks," show an inherent problem with the decentralization of news on the Internet.

The man who claims indirect responsibility for several of the recent fake celebrity deaths is Rich Hoover, whose site, fakeawish.com, allows users to input celebrity names into five false news templates with outlandish stories about their deaths.

Hoover said the site's fans used its story-generation power to start rumors that Goldblum, Ford, Portman and Clooney had died. Traffic on his site jumped from a few thousand users per day to about 500,000 in the two days after Michael Jackson's death, he said.

A fake story that appears to have been generated by the site claimed that Portman had died after falling off a cliff in New Zealand. But while a small disclaimer tells readers the story is false, Hoover said many Twitter and Facebook users re-post links after reading only a story headline.

"I'm absolutely flabbergasted by the success of this and the impact these social networks have on communication -- and the communication of misinformation," he said.

About 85 percent of the recent traffic on Hoover's site came from Facebook and Twitter, he said, adding that the traffic does help him make money.

CNN could not independently verify that the celebrity rumors started from Hoover's site.

One of the site's users sent in a post saying Astley had died. That false news about the singer of "Never Gonna Give You Up" was not aired on CNN or CNN.com, both of which vet iReports for accuracy before using them in reporting.

After a post said Spears had died, a correction was posted to her Twitter feed on Sunday, saying "Britney's Twitter was just hacked. The last message is obviously not true. She is fine and dandy spending a quiet day at home relaxing."

News surrounding deaths is very sensitive and must be correct, said Elaine Haney, president of tributes.com, an obituary site that verifies deaths, often through funeral homes, before posting.

"You never want to kill somebody by accident," she said.

She added, "I don't think there's much good to say about somebody who would joke about something serious like that. It's unfortunate."

The fake news may not be all bad for celebrities.

Goldblum, for example, went on Comedy Central's "The Colbert Report" to dispel rumors that he had died.

In the episode, host Stephen Colbert jokes that he thinks Goldblum is dead even as the actor appears on stage beside him.

Goldblum then posts to Twitter to try to prove that he is still living.

"Oh my God! Ladies and gentlemen, I have huge news," Colbert says, upon reading Goldblum's tweet on his phone. "The dead can Twitter."

Goldblum then reads his own false obituary into the camera.