(CNN) -- Facebook has announced it is to overhaul its privacy settings to make it clearer for users to know who has access to their personal data. 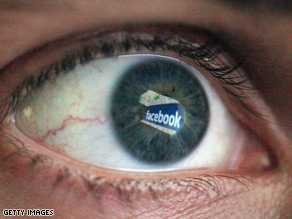 The social networking site has agreed to make changes that it believes will provide its users with greater transparency and control over their personal information and how it is used.

"These changes mean that the privacy of 200 million Facebook users in Canada and around the world will be far better protected," said Canada's Privacy Commissioner Jennifer Stoddart in a press statement.

In July Stoddart issued an initial report on an investigation into Facebook that followed a complaint from a privacy advocacy group, the Canadian Internet Policy and Public Interest Clinic at the University of Ottawa.

The main concerns highlighted by the report were the lack of clarity over privacy settings and how much personal information is shared with third-party developers of applications such as games and quizzes.

In response to the investigation Facebook has agreed to make "significant enhancements" over the next 12 months, WHO says. This would include clarifying its privacy policy so that users can clearly understand why personal information like date of birth is requested, the difference between deactivating and deleting an account, and how its advertising works.

Another key amendment is that Facebook will retrofit its application platform in order to prevent developers from accessing users' personal information -- unless users provide explicit consent.

Work on the planned changes will begin immediately, although Facebook has said some changes will take some time before they are visible. Updates to Facebook's privacy policy will require a notice and comment period for users.

"We will be communicating regularly with developers about the changes and we're going to take our time to make sure the outcome is something users understand and that developers have ample time and notice to adapt," Ethan Beard, Director of Platform Product Marketing at Facebook, said in a statement.

Elliot Schrage, Vice President of Global Communications and Public Policy at Facebook, added in a prepared statement that the changes would "provide even greater transparency and control for Facebook users.

"We believe that these changes are not only great for our users and address all of the Commissioners' outstanding concerns, but they also set a new standard for the industry."