(CNN) -- Say you're buying a dog. You know the breed you want; you can picture it in your head. But what was the name? A bull terrier? A pit bull? A bull mastiff? 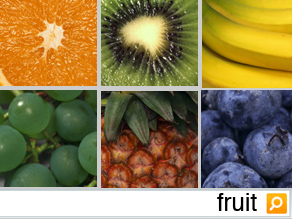 Or what if you're in the market for a new camera? You saw a friend with a credit-card-thin model at a party last weekend. But was that a Canon? A Nikon? A brand you've never heard of?

If you're like many people, you'd turn to the Internet for answers. But you type in "dog breeds" or "digital cameras" into Google and punch enter, and a big list of blue links comes up. You don't see the dog you want. You don't find the camera, either -- at least not quickly.

Such quandaries are the driving force behind Bing's new "visual search" function, which lets Web users troll through image catalogues instead of Web pages when they know what something looks like but can't put their finger on the name.

The examples are also evidence that the search engine market, once dominated by simple rectangular search bars and the lists of Web pages that follow, is diversifying. People who once were happy with a one-search-fits-all model are finding exceptions, and a number of niche search products are trying to respond to these increasingly diverse needs.

The company has other news products -- namely Google Reader and Google News -- but is looking for ways to make news content more visual and to share some of the revenue.

The new products come as Microsoft's Bing continues to elbow for more room in an online search market that Google has dominated for years. In June, 65 percent of all Internet searchers were done through Google sites, according to comScore. Microsoft caught only 8.4 percent of searchers in the same period.

Fast Flip, an experimental feature of Google Labs, is a Web application that allows users to scan news articles from 39 print and online publishers, including The New York Times, Newsweek, TechCrunch and Us magazine.

Users can "flip" through a horizontal stream of screen grabs of articles as they appear on the partners' Web sites, with layout, design and images intact. You can click once on a story to enlarge the page; a second click takes you to the partner's site. Users also can browse popular topics (the economy, Taylor Swift) or search for others of their choosing.

Google says the idea behind the new service is to make online news-browsing faster and replicate the reading experience of flipping through a magazine or newspaper.

Unlike Google News, which emphasizes breaking news articles from the past 24 hours, Fast Flip "is more for stories with a longer shelf life," Google spokesman Chris Gaither said.

"We think there's a lot of room for innovation in how people consume news articles on the Web," Gaither said. "The easier it is for people to browse articles quickly, the more they'll read."

Baker believes that Google Fast Flip could make it easier for people to scan news articles on their netbooks, tablets or even smartphones.

"I don't have to sift through my bookmarks. I don't even have to leave Google," he said. "It's almost like a virtual newsstand on my handheld."

But not everyone is excited about Google's new product.

"If this is the future of news, I think news is kind of screwed," said Frederic Lardinois, a writer at ReadWriteWeb, a technology blog. Lardinois said the interface is backward-thinking and is hard to use.

Fast Flip is in a test phase and will incorporate feedback from users, Gaither said. Google also is seeking to expand the roster of Fast Flip partners, he said.

Some tech observers say Bing's hyper-visual search function gives it a new leg up on Google in terms of functionality.

Nova Spivack, a search expert and founder of Twine, said the most important thing about Bing's visual search is that users can sort the images into categories.

By creating different kinds of searches and making them sortable, Bing is catering to high-end Internet users -- which, soon, will be everyone, he said.

"I think Bing has realized that everybody is becoming a search geek," he said.

On the dog-breed search example, users can filter the images to include only terriers, or hypoallergenic dogs or toy dogs, or dogs that need a medium level of exercise, so they don't have to scroll through hundreds of photos to find the dog they're searching for.

Mary Jo Foley, editor of the All About Microsoft blog at ZDNet, said she personally finds Bing's visual search useless because she's not a visually minded person. But she said it's an example of search engines diversifying, and that's a good thing for everyone.

"I think the idea for Microsoft and Google and Yahoo is to present things in new ways and say, 'What if you could do this? Would you want to do it this way?' "

There are about 50 galleries of images in the new Bing visual search bin, but more will be added, and eventually the idea will be integrated into the main search site, said Stefan Weitz, director of Bing. Right now, users have to go to a separate page to find the visual searches.

"I think Bing is onto something," he said. "And if they can figure out how to extend Bing's visual search, it could be very helpful for people who know what something looks like but don't know what to call it."

All About Google Inc. • Microsoft Corporation