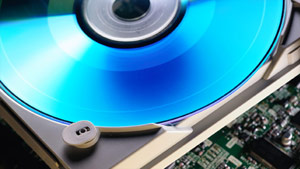 (CNET) -- I love upgrades. But I hate upgrade discs and upgrade pricing. Let's find a way to do away with both, or at least make the upgrade transaction a bit cleaner.

The reason I'm writing this column won't be a surprise to anyone one who follows technology: Windows 7. I bought the upgrade disc (on the pre-order special price). When it arrived, I started the upgrade process for my Vista desktop.

Knowing that the disc was licensed only to upgrade an existing Windows installation, I pressed the big button for a "Custom" installation and the disc set up my computer more-or-less cleanly with Windows 7. What I really wanted to do was re-format my hard drive and start from a blank slate on my computer, but I was afraid to do that since I thought the disc would see that as a non-upgrade install and not work.

Eventually, I did it anyway, thanks in part to the confidence I got from other users who had found ways to install an upgrade disc to fresh PC. I re-installed Windows 7 on the computer and asked the installer to format the disc first.

It did, it installed Windows 7, and two days later I nervously entered my license key for Windows to authorize itself. Which it did, no problems. I didn't have to resort to any hacks. Hats off to Microsoft for doing what it should have.

But my fear about the upgrade did cause me some nerves, and is also the reason I did the "custom" or semi-clean upgrade in the first place, which turned out to be a waste of valuable time.

I'm also peeved that I had to pay for this for this upgrade. Wasn't running Vista for two years payment enough? That OS was patched and upgraded numerous times while I was running it, at no cost to me. Windows 7, while a better experience, is still clearly Vista with problems fixed and an improved interface. I don't feel I should have to pay for again.

Then there's OS X Snow Leopard, another upgrade I paid for. Sure, it was only $29, but what did I get? Nothing that's made a tangible difference in my Mac experience. My Macbook runs very well now. It ran very well before I did the upgrade, too. There are nice new features, but they're incremental.

How many times can operating system vendors charge users for offering the same fundamental benefit on the hardware that they already own?

Here's what I propose: no more OS upgrade pricing. Vendors, make your money for each new machine that runs your OS, either up front when the OS is installed on the machine (easy for Apple, which makes 99.99 percent of the machines that run the Apple OS), or by letting customers subscribe to operating system upgrades as an ongoing service.

The OS subscription model is probably a better bet for business customers on the Windows side. On OS X, it could be part of Apple Care. When users retire a machine, they can end the subscription and get a pro-rated portion of their money back.

So much of what you pay for with an OS is ongoing maintenance and security updates anyway, I don't see how a reasonable subscription fee would be a stopper for reasonable users, assuming the total cost for the subscription was about the same as the cost for buying the operating system license outright.

It's time to recognize that the Webware, or software-as-a-service model, can work for installed software, especially now that we've become accustomed to paying subscription fees for almost every digital asset we use (examples: Web apps, mobile phones, cable TV boxes, multiplayer games). We need ongoing vendor support for an OS anyway, so why not level out the expense?

Sure, OS makers don't get the big revenue spike when they ship a major new version. But they do get a predictable revenue stream, and as machines age and people replace them, and as new machines are built and bought, they can still make enough money. And market forces would, I would hope, keep prices competitive. (If we end up paying more for our OSes, I will be first in line to tar and feather myself.)

There's another form of upgrade that I find vexing: the major app upgrade. I'm looking at Microsoft again here, with its Office upgrades, but also at Adobe and many other software vendors that offer upgrades at retail for existing users of their products.

These upgrade prices are often so low in comparison to new-user prices that they encourage users to find workarounds, legal and not, to get the deals. One co-worker, for example, once acquired Photoshop by buying an upgrade version online, and a leftover, older version at a local computer store, just so he could install the older version and upgrade it.

Legal? Sure. Ridiculous? That, too.

With new-user pricing for major apps being so high, it's no wonder that people will go to lengths to get the cheaper upgrade path... and then be stuck with having to install two apps to do the job of one.

Here's a better idea: Sell software at a reasonable price. And take the upgrades off the shelves. Instead, offer upgrades to apps exclusively from within the apps themselves, to current users of the apps, and deliver the code over the Net.

Users might pay the same for major software upgrades, but the upgrade discs won't be floating around telling new users that they're being taking for a ride when they want to buy the app for the first time. Hopefully this could help vendors actually lower prices and get their apps in the hands of more customers.

I was surprised to hear from a Microsoft exec that the issue with in-place full version upgrades is more technical than economic. Chris Bryant, director of Office Product Management, told me that building an upgrade path into an app requires a clear vision of the future of the app so the upgrade framework will work (which doesn't quite explain how major service pack upgrades are possible).

The reason I expected to hear--that retailers wouldn't benefit from the upgrades--he said didn't necessarily hold, since Microsoft has methods to track who sold an installation of the software first, and can credit that seller for revenues from in-place upgrades.

These are just a few ideas, and I'm aware they're far from perfect solutions. But upgrade discs cause consumers confusion. There are ways to give users and companies the same benefits in cleaner packages.