Social networks and kids: How young is too young? 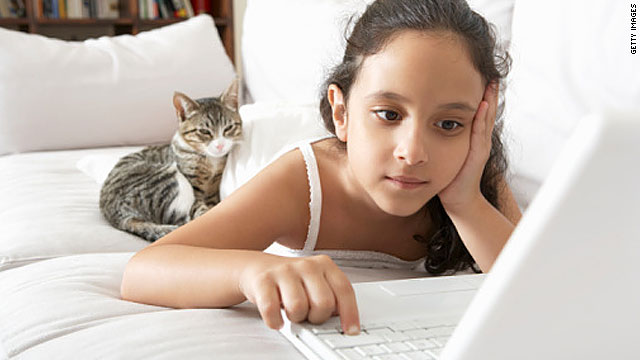 A growing number of children are flouting minimum-age requirements on social-networking sites such as Facebook.
STORY HIGHLIGHTS

Researchers say a growing number of children are flouting age requirements on sites such as Facebook and MySpace, or using social-networking sites designed just for them.

Facebook and MySpace require users to be at least 13. But they have no practical way to verify ages, and many young users pretend to be older when signing up.

Some scientists worry that pre-adolescent use of the sites, which some therapists have linked to Internet addiction among adults, could be damaging to children's relationships and brains.

But many other experts say there's not any solid research to back that up and that most children seem to use social-media sites in moderation, and in positive ways.

"For the most part, although there's so much press about all the bad things they're doing, much of what they do on these sites is stuff they would be doing anyway," said Kaveri Subrahmanyam, a professor of psychology at California State University-Los Angeles.

In two surveys reported this year by Pew Internet Research -- of 700 and 935 teens, respectively -- 38 percent of respondents ages 12 to 14 said they had an online profile of some sort.

Sixty-one percent of those in the study, ages 12 to 17, said they use social-networking sites to send messages to friends, and 42 percent said they do so every day.

The data in the study was from 2006, so it's not a stretch to assume those numbers are higher this year. Research on younger children is limited, but anecdotal evidence shows that many of them are also logging on.

CNN iReport: How much do you let your kids reveal on social networking sites?

"Of course they are," said Amanda Lenhart, a senior researcher at Pew and one of the report's authors. "They're using them because that's where their social world is. Because there's no effective way to age-verify ... children very quickly realize, 'I just say I'm 14 years old, and they'll let me use this.' "

Marc Bigbie, a software salesman who lives near Savannah, Georgia, said he has three children -- 14, 12 and 11 -- who all have accounts on at least one social-networking site.

His oldest daughter, then 11, was the first in the family to create an account, on MySpace. And it was without her parents' permission.

"It was kind of a negative thing at first," he said. "We kind of took it away from her. But, finally, we said, 'You can have it, but we need the password so we can be on there at any time.' "

Since then, all three of the kids have gotten Facebook accounts, with their parents even agreeing to fudge their ages.

Bigbie said he makes sure his children's accounts are set to provide as little personal information as possible, and they allow their activity to be seen only by confirmed friends. He and his wife monitor the pages to make sure they know the friends that their children have added.

He said the oldest daughter is the only one who uses the account almost every day, while the younger children log on briefly every now and then.

In the past couple of years, some scientists have voiced concerns that children are spending too much on these sites and that such online socializing could have lasting negative effects as they mature.

"My fear is that these technologies are infantilizing the brain into the state of small children who are attracted by buzzing noises and bright lights, who have a small attention span and who live for the moment," Susan Greenfield, an Oxford University neurocientist and director of Britain's Royal Institution, told London's Daily Mail in February.

"I often wonder whether real conversation in real time may eventually give way to these sanitized and easier [online] screen dialogues," she said.

Other scientists criticized Greenfield's comments, calling them speculation, not science.

Subrahmaynam said a study of high school students showed that in most cases, the people they interact with most often online are people they also socialize with in person.

Children today have spent their whole lives on computers, and their brains are better adapted than those of adults to integrate online activities with their offline lives, she said.

"You'll always have the small minority of kids who are not using it appropriately," she said. "I do think you're going to have a few people that are doing things that kids probably couldn't do with telephones a generation ago.

"But we don't want to get swept away by the general fear. It's here, and it's pretty harmless."

Many parents also worry that younger users of social sites could be targets for online predators. While there are some concerns that kids aren't mature enough to make good decisions about their privacy, Subrahmaynam and Lenhart said most are savvy enough by their early teens to know what, and who, to avoid. Younger children, they say, need more parental supervision.

Such kids-oriented sites are "sort of a training ground" for future use of mainstream social networks, Lenhart said.

Children as young as 5 have accounts at KidSwirl, a kids' social-networking site patterned loosely on Facebook, said creator Toby Clark.

Clark said the average user spends about five minutes on the site per visit -- far less than Facebook's average of more than 20 minutes.

He said he limits the amount of time his two children, 9 and 6, spend on the site, but that any parent who bans their children from such sites isn't facing the facts.

"The reality is that we're a technology-driven generation," said Clark, who launched the site in February and said it has about 10,000 users. "That's not going to change."

So what long-term effect will social networking have on children? Scientists say it may be hard to know for sure.

"We've lost the control group," Subrahmanyam said. "How do you find a group of kids that are not using the computer?"