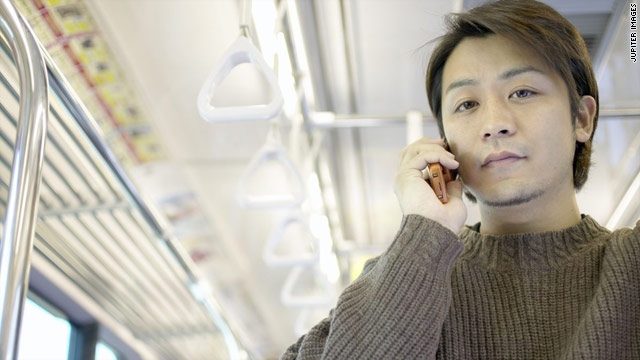 Web tools, mobile technology and GPS applicatons are giving citizens more of a say in how their local tax money is being spent.
STORY HIGHLIGHTS
RELATED TOPICS

(CNN) -- Craig Newmark, founder of Craigslist and a customer-service guru, was riding on a public train in San Francisco, California, recently when something common but annoying occurred: The railcar filled with people and became uncomfortably hot.

If the inconvenience had happened a few years ago, Newmark said he would have just gone on with his day -- maybe complaining about the temperature to a friend.

But this was 2009, the age of mobile technology, so Newmark pulled out his iPhone, snapped a photo of the train car and, using an app called "SeeClickFix," zapped an on-the-go complaint, complete with GPS coordinates, straight to City Hall.

"A week or so later I got an e-mail back saying, 'Hey, we know about the problem and we're going to be taking some measures to address it,' " he said.

Welcome to a movement the tech crowd is calling "Gov 2.0" -- where mobile technology and GPS apps are helping give citizens like Newmark more of a say in how their local tax money is spent. It's public service for the digital age.

A host of larger U.S. cities from San Francisco to New York quietly have been releasing treasure troves of public data to Web and mobile application developers.

The aim is to let citizens report problems to their governments more easily and accurately; and to put public information, which otherwise may be buried in file cabinets and Excel files, at the fingertips of taxpayers.

By some accounts, the trend is turning the government-voter relationship on its head and could usher in a new era of grassroots democracy.

"I see [these applications] as the death of a passive relationship with government," said Clay Johnson, director of Sunlight Labs, a group promoting Gov 2.0 apps.

"Instead of people saying, 'Well, it's the government's job to fix that' ... people are taking ownership and saying, 'Hey, wait a minute. Government is us. We are government. So let's take a responsibility and start changing things ourselves.' "

Residents of Washington, for example, can use the DC 311 iPhone app to take photos of graffiti, potholes and other trouble spots.

The photos are paired with GPS locations and then uploaded straight from the street into a database that local officials can see.

The mobile phone app tells officials where the graffiti is. It also tells citizens which spray-paint murals, potholes, dying trees, broken parking meters and tipped-over street signs the city is aware of, which it plans to fix and which it may be ignoring.

Brian Purchia, spokesman for the San Francisco mayor's office, said reports like those from "SeeClickFix" and a city Twitter account make it easier for the city to prioritize spending by addressing problems its citizens care most about.

He cited an example in which a Twitter user named @bolinasgirl reported a broken streetlight on the micro-blogging site. The city responded to her on Twitter and sent a note within 24 hours saying the light had been fixed.

The complaints don't always results in fixes, of course, because cities have limited resources. But Purchia said some problems that the city wouldn't otherwise know about are being addressed because of mobile applications and its Twitter program.

Some of the apps are simply handy. Newmark, for example, checks an iPhone app called "Routesy" before going outside to look for city buses. The app tells him where the nearest bus is and what time it will arrive at his stop.

An app called "Stumble Safely" tells bar-goers in Washington the safest walking routes home from local pubs. "Are You Safe" uses a person's GPS location and municipal crime data to tell residents of Atlanta, Georgia, about the crime history in their immediate vicinity.

These sorts of apps tend to pop up only in places where the municipal government has released its data sets in a format that can be easily crunched. That public data is the fuel that makes these applications work.

So far, local government making the push for public data sets are usually large and fairly tech savvy: San Francisco, Washington, New York and the like.

San Francisco, for example, posted 100 data sets on the Web site DataSF.org in August. Within weeks, Purchia said, dozens of apps were being developed.

Once the data is out, cities wait for someone else to use it. Both Washington and San Francisco have held contests for local Web developers to turn their data into applications.

The idea is that tech communities are better able to make government data useful than the governments themselves, said Peter Corbett, CEO for iStrategyLabs and organizer of a contest called "Apps for Democracy" in Washington.

"I think the government realizes that they don't have all of the money to do things people want them to do," he said. "Government forgot that the biggest asset that they have are actual citizens."

The second "Apps for Democracy" contest in Washington awarded $20,000 in prizes for mobile phone developers. But many developers work free.

Alan Wells is the co-founder of Haku Wale, a San Francisco company that developed an a app called "EcoFinder," which helps residents find places to dispose of e-waste and other hazardous materials.

He said his company spent $20,000 developing the application, but hasn't charged the city or app users a dime. He was just happy the city's trash data was available.

"For us, as a company, we're really interested in the convergence of technology and sustainability and social impact," he said. "So it's just something we wanted to provide for the city of San Francisco."

Other cities may resist the transition, however.

Some people worry that these tech applications wouldn't take off in smaller municipalities, even if governments can afford to make the data available.

"For small governments ... it's really challenging to get data sources that are deep enough, that are robust enough to do something that's interesting," said Corbett.

Purchia said San Francisco incurred few costs when it put its first 100 data sets online. "A lot of this is just man hours," he said. "It's getting different departments to realize this is an important aspect of governing."

He said the city is working with others to develop a national standard for municipal government data sets and the programs that make them useful. That way, an app that tracks trash in San Francisco could be used by people in Bismarck, North Dakota, as long as the city's public data is posted online in the right format.

That could enable cities without big tech communities to benefit from the trend.

"For some cities and for some governments I could understand that transition can be a scary thing," Purchia said. "But we feel like it makes governments more accountable, and it makes them function better."

He added: "What I really see is a monumental change for how government works. This is just really the starting point."