(CNN) -- An internationally renowned paleontologist will plead guilty to stealing dinosaur bones from federal land, his attorneys said in a court filing. 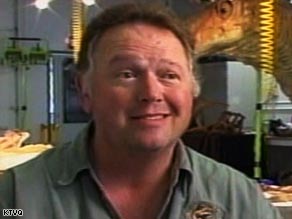 Nate Murphy, whose famous finds include Leonardo, one of the best-preserved dinosaurs in the world, will make that plea in federal court in Billings, Montana.

Earlier this month, Murphy pleaded guilty to state charges of stealing a fossil from private land in order to sell it. An expert cited in that case said Murphy's find was worth between $150,000 and $400,000.

The self-taught dinosaur expert, who is director of vertebrate paleontology at the Judith River Dinosaur Institute, could face jail time.

Murphy and his attorney did not immediately respond to phone messages Friday from CNN.

Jessica Fehr, lead prosecutor in the case, said the U.S. Attorney's Office would not comment until after the plea is entered.

In court papers, federal prosecutors say Murphy knowingly took fossils from federal property between about August 2006 and August 2007. The "paleontological resources" were said to be worth at least $1,000.

In the state case, Murphy pleaded guilty to a felony charge of theft. As part of the plea, the state recommended Murphy's sentence be deferred for five years.

Douglas Erwin, president of The Paleontological Society and curator of the Smithsonian's National Museum of Natural History, said "theft of fossils from pubic lands has long been a problem."

In a written statement sent to CNN on Friday, he said such thefts "can often result in the loss of important scientific information and the disappearance of specimens that belong to the public.

"At the same time, however, fossil collecting, particularly of common invertebrate fossils, has been a pastime enjoyed by many for decades, and is an important way of connecting people with their natural heritage."