LONDON, England (CNN) -- When man first walked on the moon 40 years ago, it was not only a "giant leap for mankind" but also a boon for everyday items. 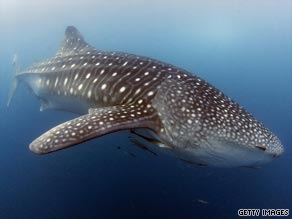 Sports shoes, for example, took a huge leap forward in the late 1980s when AVIA Group International, then a subsidiary of Reebok, turned to space technology to make them more flexible and durable.

They are listed in detail in "Spinoff," a NASA magazine first compiled in 1976 as a definitive guide to the commercialized products whose development can be tied to space technology.

"We are fairly liberal with our application of the term spinoff," said editor Daniel Lockney.

"The product has to contain a component that was developed for NASA, some aspect of it or it could just be NASA's know-how that helped the commercialization of the product," he said.

More than 1,660 articles on space-related products have been published since the magazine's first edition.

Watch some of the spin-offs developed from space technology »

What you won't find on the list is the bright orange powered drink, Tang, or Teflon, or Velcro -- all products that have over time been erroneously linked to NASA's space mission.

"Tang was developed by General Foods before NASA was even made a federal agency, but it was popularized during astronaut tasting experiments," Lockney said.

"Velcro was invented by a Swiss engineer in the 1940s," he said, adding "Teflon was created by Dupont. It has many applications within NASA but is not a NASA technology."

Infant formula makes the grade due to an ingredient discovered during NASA research into algae as a source of food supplements.

"Different experiments led to the discovery of a nutrient substance that has previously only been found in breast milk. [This is] believed to be important in the development in the eyes and the brain."

It's now in 95 percent of infant formula sold in the U.S. and in 65 countries around the world, Lockney said.

It may have been 40 years since NASA put the first man on the moon, but the number of products that use space technology doesn't seem to be diminishing.

"Spinoff" publishes articles on 40 to 50 new space-related products every year but receives many more submissions for inclusion.

The next edition due out in October will feature a new tracking system for endangered animals, including polar bears and whale sharks, which was derived from an algorithm developed for tracking star patterns.

"Tracing theses animals is something that previously a small core group of scientists would go out and do. We're now able to have ordinary citizens upload their pictures of these animals that have been spotted through Flickr and Facebook. Logging times and dates will significantly increase the level of monitoring of these endangered species," Lockney said.