Mumbai: Where dreams can come true

(CNN) -- Mumbai is extreme India. In this booming metropolis all the wealth, inequalities, colors, flavors and passions of India are magnified to an almost unbearable degree. 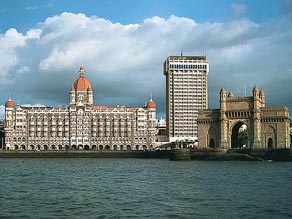 For many Indians, Mumbai is the place where dreams can come true.

Somewhere between 13 and 20 million people are squeezed into the city that is India's leading financial and industrial center and the home of the Bollywood movie.

For countless migrants from all over the country, be they business school graduates, aspiring actors or destitute laborers, Mumbai is the place where dreams can come true.

Those who like to think of India as a land of tradition and mystery would be shocked by the way modern Mumbai has embraced western consumerism. In Mumbai the rigidities of India's traditional caste system are being replaced by a kind of brutal meritocracy in which the winners become extraordinarily rich and the losers struggle for survival.

While Mumbai is fearlessly embracing modernity, minting millionaires and erecting skyscrapers, its infrastructure is hopelessly outdated and creaking under the weight of the city's ever-expanding population.

All big cities have deprived areas, but in Mumbai the deprivation is impossible to avoid. Up to half of Mumbai's residents live in slums, about a million in the shacks of Dharavi, the biggest slum in Asia. In these cities within a city children play next to the sewers that run through the streets, whole families often live in a single room and clean water is scarce.

Yet while the slums can be grindingly poor, they are also buzzing with activity. Many residents of Dharavi work in cottage industries and in the thriving recycling trade, and their biggest threats are the annual monsoon floods and the developers eager to clear the slum in order to exploit the prime real estate it occupies.

For outsiders, the contrast between rich and poor can be jarring, but Mumbaikars have learned to live with adversity.

While the Mumbai terror attacks of November 2008 horrified the world, the killings were tragically familiar to those living in a city where hundreds have been killed by terrorists over the last 15 years and religious and social tensions simmer beneath the surface.

Yet, despite its very visible problems, Mumbai simply will not be denied. Constantly growing in population and wealth, Mumbai is a world-class city when it comes to culture, commerce and consumption. Mumbaikars are incredibly enterprising and their ability to bounce back from tragedy is testimony to their resourcefulness and resilience.

Danny Boyle, director of award-winning movie "Slumdog Millionaire," set and filmed in Mumbai, said of the city, "Despite all that has happened there recently it is a city moving towards happiness.

"You have these incredible extremes but it feels like there's a destiny that binds it all together."