(CNN) -- For discerning clubbers around the world the hottest sound in dance music right now is coming not from New York or London, but from the townships of Pretoria, South Africa. 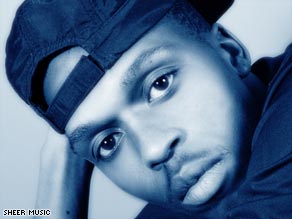 Its distinctive sound is part of a larger scene known as Township House that comes straight from the townships of Pretoria.

But its improbable journey to glitzy superclubs around the world may never have happened without the help of South Africa's taxi drivers.

South Africa has long been a voracious consumer of imported European House music, but over the last few years a small group of producers in Pretoria have begun experimenting with their own sound, more representative of the music of the townships they live in.

They came up with a style that mixes the raw beats of the South African hip-hop style called Kwaito with House music's tempos and electronic sounds.

But the problem for the Pretorian producers was getting their music heard. Neither the radio stations nor the big record labels in South Africa were interested in their rough-and-ready sound -- so the producers decided to go directly to the public.

DJ Qness writes for South African dance music magazine BPM and works for Mujava's record label, Sheer Music. "In South Africa, the easiest way to the people is through the taxis," he told CNN.

South African taxis are actually small mini buses and are by far the most popular mode of public transport in a country where car ownership is limited. A Pretoria University study estimates that between five and 10 million South Africans use taxis every day.

The Township House pioneers began to give CDs of their tracks to taxi drivers. The drivers played the CDs to a captive audience of commuters and the response was incredible.

Passengers wanted to know where they could buy the tracks they were hearing, and with no record stores stocking the music, taxi drivers began selling CDs directly from taxi ranks and roadside stalls.

Do you think Township House is the next big thing in dance music? Sound off below.

Qness said that even without radio play the township sound began outselling imported dance music and the record labels began to take notice. "These people created a demand," he said. "Then Mujava's 'Township Funk' blew up on the streets and everything went crazy."

But the Pretorian producers aren't the only ones to realize the power of taxi drivers when it comes to promoting a cause. Pretoria-based Gospel Taxi Club spreads the word of God by giving taxi drivers CDs that mix music with messages from the Bible.

The idea was the brainchild of Makashule Gana, of the DA Youth. He told CNN that giving the CDs to taxi drivers to play in their vehicles was a way of reaching as many people as possible, and that while there was no way of quantifying its effectiveness, he believed that the party had received extra votes because of the CD.

Once Pretoria's taxi drivers had generated a buzz about "Township Funk," Sheer Music stepped in, signing Mujava. The track got a low-budget video of township dancers demonstrating their best moves while Mujava DJs at the roadside.

The video was posted to YouTube, where it was spotted by British labels Warp Records and This is Music. The result was a worldwide release, big-name remixes and a global club sensation.

Mujava's success has created an international buzz about the Pretorian sound. Producers like Bojo Mujo are starting to make waves, McLloyd's "Tembisa Funk" has just been released by British dance label Positiva and Mujava is currently scheduled for a European tour, but has had to cancel because of illness.

Qness told CNN, "By combining the electronic sound from European House with the hard drum and the raw snare they've created something totally unique. You can't find it anywhere in the world -- only in South Africa."

Only in South Africa -- and thanks to Pretoria's taxi drivers, in clued-up nightclubs around the world.