(Budget Travel) -- The following five sites have proven the most consistently useful for the editors of Budget Travel, who do thousands of searches a year. 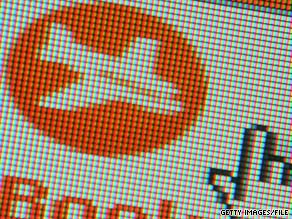 Strictly for booking plane trips entirely outside of the U.S., such as a flight between Paris and Rome.

The site runs simultaneous searches of multiple airports serving the same city -- five airports in London, for instance -- and it retrieves fares from no-frills independent carriers like EasyJet and Ryanair, which many better-known travel sites overlook. That said, be warned that Dohop doesn't work nearly as well for booking airfares leaving the U.S.

The all-time best site for finding the cheapest plane tickets in the U.S.

Our biggest beef with Kayak's competitors is that when you click to book a fare, they typically direct you to a new page. Sometimes it's only then that you find out your actual departure time -- or worse, you're forced to plug in your dates and departure cities all over again, only to discover far different results.

Kayak stands apart. Once you've found a good flight on Kayak, click on the price and you'll be sent directly to the airline's Web site, where the exact price for the exact flight you selected unfailingly appears. Another perk: If you are flexible on your travel dates, we recommend you try Kayak's flexible-date search tool, which covers the broadest scope of routes and airports of any site we've tested. Budget Travel: Staying in touch while on the road

The granddaddy discounter helps hotels, car-rental agencies, and airlines unload all sorts of inventory at well below published prices.

We admit that Priceline's name-your-own-price option -- in which travelers don't know specific details until after their bids have been accepted -- isn't for everyone. But as flexible travelers, we're fans of using Priceline to bid blindly. You'll find the best results when bidding for upscale hotels in large cities, paying up to half off what other guests pay.

The trade-off is that your hotel's location will be something of a surprise. But in many big cities, it doesn't really matter which neighborhood you're staying in, because you're hopping all over town sightseeing anyway. Of course, Priceline also sells travel the straightforward way (with the price and details quoted up-front), but, in our opinion, it's no better at doing that than Expedia, Travelocity, Orbitz or CheapTickets.

Harnessing the power of the masses, the user-hotel-review site TripAdvisor is the top way to hunt for hotels.

We admit that the site's spectrum of good, bad and mixed reviews for the same property can be confusing. But you know what? After reading the reviews and disregarding ones that seem off or biased, you get a decent sense of what to expect in a hotel -- which is the point.

For now, TripAdvisor is the top dog in user-generated hotel reviews, but we're also watching Kayak-owned TravelPost, a newly-launched site that offers a similar service (though to date it posts only about one-tenth as many reviews and opinions as TripAdvisor).

Spotlights independently owned properties overseas, many of which never show up on American travel sites.

Any booking site can point you to large, widely known hotels. But you might prefer to stay in a charming inn or a small property on your next trip, especially if you're traveling to Europe. Well, Venere is the go-to source for this type of mom-and-pop lodging, which usually provides better value for the money than hotel chains.

A recent search on Venere for hotels in Nice, France, for example, turned up 20 spots charging nightly rates of less than 60 euros ($82). That's well below the typical rates for large hotels in the resort town. Venere also offers other kinds of alternative lodging, such as apartments, pensions and farmhouses.

All About Air Travel • Travel and Tourism