(Tribune Media Services) -- When Carla DeLuca canceled her room at the W Hotel Union Square in New York a week before her arrival, the hotel decided to ding her for a night's stay anyway. 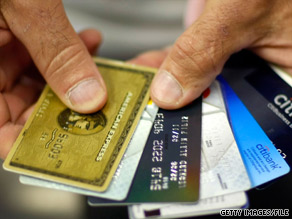 When unwanted fees pop up on credit card bills, they may end up being contested, if they're not removed.

Despite assurances from several W employees that the erroneous charge would be reversed, DeLuca, who owns a marketing company in San Francisco, was asked to pay an extra $330 on her next American Express bill.

So DeLuca did what increasing numbers of travelers are doing: she filed a dispute with her charge card company.

"The hotel told American Express that it was my responsibility to pay," she recalls. But Amex sided with DeLuca, crediting her for the full amount.

"The number of credit card disputes seems to be on the rise," says Jason Sarracini, the president of Toronto-based TargetVacations.ca, an online travel agency. "Consumers seem to think they can use their cards as bargaining tools."

But as far as tools go, credit cards are not exactly what you'd call reliable. That's because disputing a card charge is more of an art than a science.

For example, Ron Di Costanzo, a retired college professor, didn't want to pay his $15 luggage fee when his bags were lost after a recent United Airlines flight.

"I wrote my credit card company and told it that if I was paying for a bag, it should be there when I arrive," he says. "I was credited the $15."

But Angie Zimmerman, who had a similar problem with United, didn't prevail when she balked at paying her credit card bill. When she had trouble with a seat assignment on a recent United flight, she phoned the airline to fix the problem.

A few weeks later, she found an extra charge for travel insurance on her credit card bill. "I never purchased flight insurance," she says. "I tried to contact United, but it's impossible to speak to anyone -- and if you can, you are speaking with people in India who don't have command of the English language. Very frustrating!"

It's no secret that in this recession, many travel companies are playing the discount-and-surcharge game. You know, the one where they slash prices and then add hidden fees to make up the difference. It would follow, then, that a lot of unwanted charges are popping up on credit card bills -- fees that, if not removed, will end up being contested.

Here's what you need to know in order to file a successful dispute.

Review your credit card billing statement as soon as you get it online or through the mail. "Compare receipts to charges listed on the statement," says Catherine Williams, a vice president at Money Management International, a Chicago-based financial advice company.

"Should you see any mismatch of information, like a wrong amount or an unknown vendor, you should immediately file a dispute with you creditor."

Remember, while your dispute is under investigation, the amount in question can't be charged interest or reported as late in payment.

2. Have an airtight case


Obviously, every disputed card charge won't be decided in your favor.

The weaker challenges are rejected. For instance, say someone buys a vacation package online and then the price falls.

"Many times, we are not able to refund the difference, so consumers decide to take action," says Sarracini of TargetVacations.ca.

Yet those still remain legitimate purchases, and a dispute isn't likely to do any good. On the other hand, if a company has violated federal or state laws, or breached its own contract, then you stand an excellent chance of prevailing.

3. Exhaust all other options

A credit card dispute shouldn't be your first move but rather a last resort, say experts.

"You should go to the merchant first to try to resolve your problem," says Josh Moritz, a managing partner at Blau Moritz Klang, a marketing agency that develops credit-card debt collection programs for banks.

"Oftentimes, the merchant will make amends." That might include a partial refund or credit for a future product.

Consider the resolution carefully before deciding to take your case to a dispute, which is more of a winner-takes-all proposition. You might be better off compromising.

"Credit card companies must conduct a reasonable investigation within two months and send ... a letter informing the consumer of the results of its investigation," he says.

Here's more information on the rules

(http://www.ftc.gov/bcp/edu/pubs/consumer/credit/cre16.shtm). Also, bear in mind that you may have other remedies, says Ken Lin, the chief executive of Credit Karma, a financial information company based in San Francisco.

"There are often consumer protection laws at the state level regarding warrantees and refunds," he says.

But credit card companies' dispute departments do not always observe that. "In practice, these provisions aren't generally enforced," says Curtis Arnold, the co-author of "The Complete Idiot's Guide to Person-to-Person Lending." "So if you have a dispute on a transaction that's on the other side of the country, don't let this prevent you from filing."

After contacting your card company, it will review your eligibility and examine the transaction for technical compliance.

If it passes both those tests, it hands the dispute off to the travel company, which eventually triggers a dispute resolution process established by each of the card networks.

7. If you lose, you still have options

"You can complain to the Federal Trade Commission and sue if the dispute is not resolved properly," says Sandy Shore, a senior counselor for Novadebt, a Freehold, New Jersey-based credit counseling services firm. Put differently, just because you lose a dispute doesn't mean you've lost the money.

When you've won your dispute and reported the travel company to the government -- as I'm sure any reader of this column is capable of -- be sure to show your appreciation to your credit card company. A card that successfully advocates for you deserves your business and recommendation.

And what if it fails?

"If you're not satisfied with your current company," says Glen Lazovick, a senior vice president at Mid-Atlantic Federal Credit Union in Germantown, Maryland, "Go elsewhere."

All About Travel and Tourism • Consumer Credit and Debt • Christopher Elliott