Nearly half of all Americans want to live elsewhere, study finds

(CNN) -- Nearly half of Americans would like to live someplace else, according to a national survey. 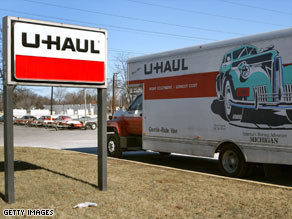 Most people who live in cities said they'd rather live someplace else, according to a national survey.

And Denver, Colorado, was the top choice of people surveyed by the Pew Research Center.

Yes Denver, with its low humidity, eight professional sports teams and proximity to the Rocky Mountains.

Forty-three percent of those surveyed said they'd prefer living in the Mile-High City. San Diego and Seattle were other top locales among the nation's largest 30 metropolitan areas.

Detroit, Cleveland and Cincinnati were the least favorite.

The study released Thursday asked people where they'd prefer to live, whether they favor cities or suburbs, and what they think about American cities.

The study also found that Republicans would like to live in Phoenix and Democrats prefer San Francisco.

The survey also found that more men than women would like to live in Las Vegas. Men living in rural areas said they are much happier living there than women. Most people who live in cities said they'd rather live someplace else.

Some of the most and least popular cities in the survey:

All About Boston • Las Vegas