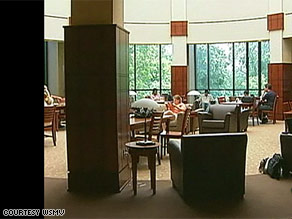 (CNN) -- An Ohio company transforming its business model will build its headquarters in the town of Greenville.

LAH Development will become a wind turbine manufacturer and installer after years of constructing commercial buildings.

The company's new building is expected to cost $1 million, CNN affiliate WHIO-TV in Dayton reported. The state of Ohio has granted the company a tax credit of almost $400,000 to help create jobs. The company expects to hire 100 new employees. iReport.com: Share your job hunt story

Under an agreement with the state, the company is required to operate at the new site for 12 years. Read the full report on WHIO

Pennsylvania is providing $311,000 to train 80 unemployed veterans in the field of welding.

The state's Department of Labor and Industry grant will be used to train the former military members for 96 hours in beginner welding over an eight-week period.

"As more troops return home after tours of duty, it's important that we provide tools and resources to help them reintegrate into civilian life," Allegheny County Executive Dan Onorato told WPXI-TV in Pittsburgh. Read the full report on WPXI

In Franklin, Tennessee, the county library is trying to help older job seekers by expanding its computer course offerings.

Teachers will instruct students on how to use social networking sites such as Facebook and LinkedIn to search for jobs as well as make sure they have basic skills.

"If you don't know those skills and you can't use them readily, it makes everything else so much harder," said Janice Keck, director of the Williamson County Public Library, told WSMV-TV in Nashville, Tennessee. Read the full report on WSMV

An Indianapolis, Indiana, life science firm is more than doubling the size of its staff.

Biostorage provides biomaterials storage and distribution for companies around the world, according to WTHR-TV in Indianapolis.

"Ninety percent of our clients are actually outside Indiana," John Mills of Biostorage Technologies told the station. "So we are earning Indiana dollars from companies outside Indiana."