Police: Facebook site may have led to beating of 12-year-old 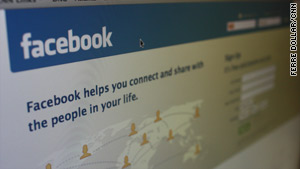 Authorities think the beating of a 12-year-old redhead in California could be linked to a Facebook posting.
STORY HIGHLIGHTS
RELATED TOPICS

Los Angeles, California (CNN) -- The beating of 12-year-old boy by a group of classmates at a Southern California middle school may be linked to a Facebook posting encouraging kids to target redheads, authorities say.

The redheaded boy was beaten up by a group of seventh and eighth graders at A.E. Wright Middle School in Calabasas in two separate incidents Friday, according to a statement released Sunday by the Los Angeles County Sheriff's Department.

A Facebook page stating that Friday was "Kick a Ginger Day," referring to redheads and possibly inspired by an episode of the "South Park" series, may have sparked the injuries at the middle school, authorities said.

The boy's injuries were not serious, and no one has been arrested, authorities said Sunday.