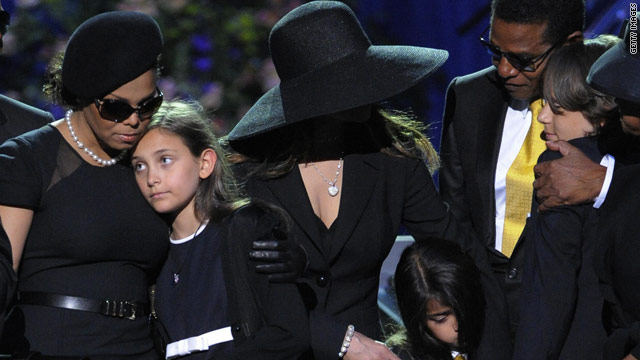 (CNN) -- CNN's 20 most-viewed stories online during 2009 ranged from obituaries to reports on plane crashes and crimes. They included the stories of a runaway balloon in Colorado and a celebrity athlete accused of having multiple affairs. Here they are -- starting with the most popular.

October 15: After scouring northern Colorado by foot and air, frantically chasing a Mylar balloon for miles, and repeatedly interviewing his big brother, authorities end a search for 6-year-old Falcon Heene where it began -- at his house.

June 25: Michael Jackson dies after being taken to a hospital having suffered cardiac arrest, according to the Los Angeles County Coroner's office.

June 1: A jet carrying 228 people from Rio de Janeiro, Brazil, that disappeared overnight in an area of strong turbulence probably crashed into the Atlantic Ocean, the CEO of Air France says.

August 28: A California woman snatched from the street in front of her house in 1991 at age 11 had two children with the man accused of taking her and was forced, along with the children, to live in backyard sheds, police say.

Ever since I was born, Daddy has been the best father you could ever imagine. And I just want to say that I love him so much.
--Paris Katherine Jackson
RELATED TOPICS

November 5: A soldier suspected of fatally shooting 12 and wounding 31 at Fort Hood in Texas is not dead as previously reported by the military, the base's commander says.

July 7: An 11-year-old girl who lost her father makes the world cry with her. "Ever since I was born, Daddy has been the best father you could ever imagine," says Paris Katherine Jackson, the second of Michael Jackson's three children, as a massive memorial service for her father nears its end in downtown Los Angeles. "And I just want to say that I love him so much," Paris adds, before breaking down in tears and burying herself in the arms of her aunt, Janet Jackson.

7. Airplane crash-lands into Hudson River; all aboard reported safe

January 15: A US Airways plane with 155 people on board ditches into a chilly Hudson River, apparently after striking at least one bird upon takeoff from New York's LaGuardia Airport, according to officials and passengers. Everyone on board is accounted for and alive, officials say.

January 20: Barack Obama launches his presidency before an estimated 1.5 million people on the National Mall with somber yet confident tones, saying the country will overcome its serious economic and international challenges. "Today I say to you that the challenges we face are real," Obama says in his inaugural address. "They are serious, and they are many. They will not be met easily or in a short span of time. But know this, America: They will be met."

9. Police: As many as 20 present at gang rape outside school dance

October 27: Investigators say as many as 20 people were involved in or stood and watched the gang rape of a 15-year-old girl outside a California high school homecoming dance.

June 4: American actor David Carradine is found dead, hanging by a nylon rope in a hotel room closet in Bangkok, Thailand, according to a Thai police official. Carradine became famous in the 1970s when he starred in the television series "Kung Fu."

June 2: Debris located in the Atlantic Ocean off the northeast coast of Brazil is wreckage from an Air France jet that disappeared, Brazil's Defense Minister Nelson Jobim says.

January 2: The 16-year-old son of actors John Travolta and Kelly Preston dies after suffering a seizure while vacationing with his family in the Bahamas, Travolta's attorney tells CNN.

October 18: Three days after the world watched a giant balloon fly through the air as a tearful family expressed fears that their 6-year-old boy could be inside, authorities announce what millions suspected: The whole thing was staged.

14. Police: Gym shooter 'had a lot of hatred' for women, society

August 5: A Pennsylvania man who walked into a gym aerobics class and opened fire, killing three women and wounding nine before turning the gun on himself, "had a lot of hatred in him," police say.

November 27: Florida highway patrol troopers plan to talk to pro golfer Tiger Woods to get more information about his car crash near his home, a spokeswoman says. Woods was treated and released from a hospital after suffering minor injuries in a car accident in his central Florida neighborhood.

December 8: Tiger Woods' mother-in-law, Barbro Holmberg, is released from a hospital in "good condition," hours after she was admitted, a hospital spokesman says.

17. Air France jet may have broken up in ocean, not sky, official says

June 3: A 12-mile oil slick near where an Air France jet crashed into the Atlantic indicates the plane likely didn't break up until it hit the water, Brazil's defense minister says.

June 4: The Brazilian air force says debris picked up near where officials believe Air France Flight 447 crashed into the Atlantic Ocean was not from the plane.

19. Fiance of Brazilian model: 'Where there is a heartbeat, there's hope'

January 23: The fiance of a top Brazilian model -- whose hands and feet were amputated in a bid to save her from a deadly and little-known illness -- says he believes she will wake up from a coma, noting, "where there is a heartbeat, there is hope."

February 13: The pilots of a commuter airliner that crashed about 6 miles from a Buffalo, New York, airport discussed "significant ice buildup" on the plane's wings and windshields before the plane plunged to the ground, killing 50.