WASHINGTON (CNN) -- A former CIA station chief in Algeria is under investigation by the State and Justice departments after being accused of raping at least two women while he held the post, a source confirmed to CNN on Wednesday. 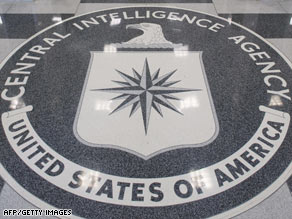 Two Algerian women allege that the CIA's former Algeria station chief raped them at his home, a source says.

The women told investigators that they think date-rape drugs were used in the assaults, which are said to have occurred at the officer's official residence, according to the source.

The story was first reported by ABC News.

A senior U.S. official confirmed that the case is under investigation but refused to comment on the details.

State Department spokesman Robert Wood issued a brief statement in response to a CNN inquiry, saying that "the individual in question has returned to Washington and the U.S. government is looking into the matter," and referring reporters to the Justice Department.

The women, who are Algerian citizens, brought their allegations to a U.S. government official, and federal authorities then launched an investigation.

A search of the station chief's residence in Algeria was approved by a U.S. District Court judge after a request from the Justice Department. The search found pills believed to be of a type commonly used in date rape, the source said.

In that search, authorities also found about a dozen tapes that are thought to show the officer engaged in sexual acts, the source said, including some in which women are believed to be in a semiconscious state. CNN's source had not seen the tapes but had been briefed on their content. Some of the tapes include date stamps indicating that the recordings happened when he would have been serving in Cairo, Egypt, before his tenure in Algeria.

The investigation includes his time in both posts as well as other locations where he traveled.

The identity of the officer could not be learned, and CNN was unable to reach a representative of the officer. It is against the law to reveal identities of covert officers.

When the allegations surfaced in the fall, they were viewed as "tremendously explosive, no doubt about that," the source said, especially because Algeria is a Muslim country.

The Justice Department and the CIA would not comment on the allegations or any investigation.

"I can assure you that the agency would take seriously and follow up any allegations of impropriety," CIA spokesman Mark Mansfield said.

The officer has not been charged, the source said. The source would not speak for attribution because the investigation is ongoing and the source was not authorized to speak publicly.

One federal law enforcement source said that no developments or activities relating to the case are "imminent."

A station chief heads the CIA's office in a foreign country, establishing a relationship with its host intelligence service and overseeing agency activities in the country.