(CNN) -- President Barack Obama was due in Ghana Friday, generating excitement in the west African nation and envy among its neighbors with many seeing his visit as sending a message to governments over their poor records on stability. 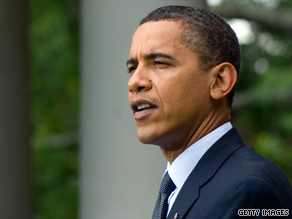 President Obama says he chose Ghana partly because of the country's commitment to democracy.

Across Ghana, street vendors were stocking miniature American flags while citizens donned attire with pictures of the U.S. leader.

"People in Ghana are printing clothes for this occasion," said Adrian Landry, general manager of a beach hotel in the capital, Accra.

"The fact that his father is African and he picked us makes us special," he said. "He is endorsing our strong democracy in Ghana. This is historic."

"Bush received a positive response, but it does not compare to this," Landry said.

Various prominent African-Americans, including Maya Angelou and Muhammad Ali, have made stops in the country.

As Ghana basked in the glow, media across Africa asked different variations of the same question: Why not us?

Obama summed up the answer in two words: democratic commitment.

"By traveling to Ghana, we hope to highlight the effective governance that they have in place," Obama said in an interview with AllAfrica.com, which highlights news from the continent.

During his one-day visit, Obama will meet his Ghanaian counterpart, John Atta Mills, who took office in January.

The peaceful election in the nation of 23 million is a far cry from recent votes in Zimbabwe and Kenya, where Obama's father hails from. The two countries plunged into postelection chaos last year, forcing leaders to form contentious coalition governments.

Ghana, which was the first sub-Saharan country to gain independence, went through growing pains, including a staunch military rule, but emerged as a democracy in 1992. It gained independence from Britain in 1957.

The nation has maintained a clean image in a continent known for conflict. The transfer of power after elections in recent years has often gone smoothly, earning the country international fans in a region where leaders are ousted kicking and screaming when their terms are over.

Despite its progress, Ghana has its flaws.

It remains dependent on international aid even with its abundant natural resources, including gold and cocoa. Its per capita income has barely doubled over the past 45 years, according to the World Bank.

Meanwhile, as the country geared up for the visit by the first U.S. president with African roots, others watched from a distance.

In Kenya, where Obama's father was from, the reviews were mixed. While some understood his choice, others blamed the "snub" on politics.

Watch why some in Kenya see Obama visit as a snub »

"I don't like the fact that he is looking at everything from a political standpoint," said Kungu Waiganjo of Nakuru, a major city northwest of the capital, Nairobi. "No government is perfect, and he should not punish politicians at the expense of the little people."

"He is setting precedent for leaders that they should deliver what they promised," said Bulindah, a Kenyan who lives in Baltimore, Maryland. "The fact that his father was from Kenya does not mean we should get golden spoons."