WASHINGTON (CNN) -- The State Department called the expulsion of the second U.S. diplomat from Ecuador in just over a week "unjustified," rejecting charges the diplomats meddled in Ecuador's internal affairs. 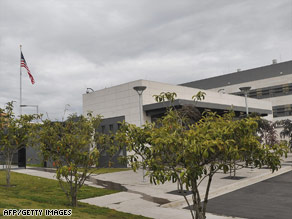 First Secretary Mark Sullivan has been given 48 hours to leave the U.S. embassy in Quito, Ecuador.

On Wednesday, the Ecuadorian government expelled First Secretary Mark Sullivan, whom it accused of meddling in the government's internal police policies, giving him 48 hours to leave the country.

On February 7, the government expelled Armando Astorga, an attaché with the Department of Homeland Security working in the U.S. Embassy.

Acting Deputy Spokesman Gordon Duguid said the expulsions stem from the fact that certain Ecuadorian police were banned from taking part in U.S. counternarcotics training programs, but rejected "any suggestion of wrongdoing by embassy staff."

"Despite the government of Ecuador's unjustified actions, we remain committed to working collaboratively with Ecuador to confront narcotics trafficking," Duguid said.

Asked whether the State Department would reciprocate the expulsions by kicking out Ecuadorian diplomats from the United States, Duguid would say only, "We will respond as appropriate."

A senior State Department official suggested the police in Ecuador police did not meet the criteria to take part in the training, noting, "The United States does have procedures that require it to vet candidates for U.S.-funded training."

The official added, "In some countries this is seen as onerous. However, it is part of the legal accountability measures we must follow."

All About Ecuador • U.S. Department of State • Diplomacy