(CNN) -- The Obama administration announced this week it is sending hundreds of federal agents and crime-fighting equipment to the Mexican border to try to make sure violence from Mexican drug cartels doesn't spill over into the U.S. 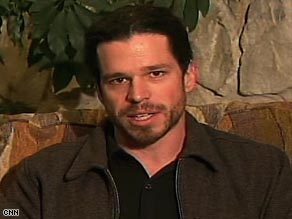 Author John Gibler says the "war on drugs" approach with Mexico policy has been an absolute failure.

Following is a transcript of his conversation with CNN's John Roberts:

John Roberts: You spent so much time along the border area there, going back and forth. The last three years, you've been down there pretty intensely. What is the situation like?

John Gibler: Right now, in Ciudad Juarez, as you probably know, more than 7,500 army soldiers have arrived in the city and actually taken over the municipal police force.

And that has obviously dampened the amount of incredible violence related to drug trafficking in the city, but fears on the ground are that simply the warring cartels packed up and left town for the time being or [have] gone underground while the army is out in the streets, and that they will be back.

Meanwhile, the army is doing all of the municipal police force jobs, so they're effectively writing traffic tickets and driving around in cop cars.

Roberts: All right, so you know that earlier this week, Janet Napolitano, the secretary of homeland security, announced this $700 million program, put more border agents and more [Drug Enforcement Administration] agents on the border along with some high-tech surveillance equipment to try to combat the war on drugs there. How effective do you think that plan will be?

Gibler: Sadly, I do not think it will be effective. We're talking about a $30 billion a year industry just moving the drugs across the border. That is way too powerful for three more helicopters or 400 more border agents to really try and address. I think it is a deeply embedded social and economic problem that will have to be addressed with social and economic policy.

Watch Gibler give his views on U.S. security efforts »

Roberts: So the president has reserved this idea of putting some troops down on the border there. I know that Gov. Rick Perry in Texas says that he wants to put 1,000 along the border. However, there in El Paso, where you are this morning, the mayor says, "Whoa, we don't need any troops. Things are great here." Who's right?

Gibler: Well, really, the mayor is right in a sense. If you look at 2008, 1,600 people were assassinated in Ciudad Juarez, and there were about 15 homicides that same year in El Paso.

So, this whole idea of the violence spilling over is really, I think, kind of malformed or a bit sensationalizing the violence in Mexico, which is very real but the violence already exists in the United States, even though there isn't a national kind of political understanding or consciousness, if you will, about how that violence is related to drug trafficking and drug distribution.

amFIX: Can the US win the war on drugs?

Roberts: You know, we had Harvard economist Jeffrey Miron earlier this week. And he was talking about this idea of legalizing all drugs as a way to combat the drug war there in Mexico. What do you think of that idea?

Gibler: I think it's time to consider all options, and I think it's evident -- more than evident that the "war on drugs" approach has been an absolute failure. It hasn't in any way stopped the amount of drugs being consumed in the United States or the drugs flowing over the border or the violence related to the illegal drug-trafficking industry.

... It's not that radical of a proposal. Even The Economist magazine led with an editorial about a week and a half ago about legislating or regulating drugs. Three former presidents of Latin American countries, Brazil, Colombia and Mexico, recently released a report arguing also for really taking on the debate of legalization.

All About Drug Trafficking • Mexico