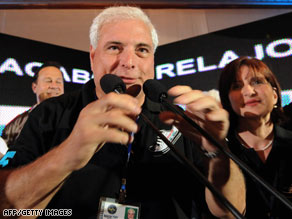 "This is a victory for all the people of Panama," Martinelli said. "And I make a call to all our opposition -- to all the parties that opposed us -- that you all are all Panamanians. ... Tomorrow we have to start a new day."

All About Panama • Central America