MEXICO CITY, Mexico (CNN) -- Mexican authorities are searching for more than 50 inmates and a group of 20 armed men who freed them from a prison in central Mexico early Saturday. 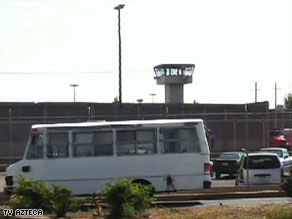 Police have detained several prison personnel in the Cieneguillas raid, where not a single shot was fired.

The group raided Cieneguillas prison in the Mexican state of Zacatecas in under five minutes, freeing the 53 prisoners using 10 vehicles without a shot fired, according to Gov. Amalia Garcia Medina.

The inmates are likely connected to the Gulf Cartel, a powerful drug cartel operating in northern Mexico, Medina said in a statement Saturday.

Military and police officials are trying to locate the fugitives, according to Notimex, Mexico's official state news agency.