WASHINGTON (CNN) -- A senior American diplomat had high-level talks with the Cuban government in Havana, the State Department said Tuesday. 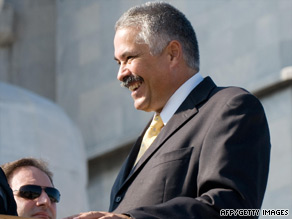 She also visited areas in western Cuba affected by hurricane damage in 2008.

Crowley said these are first such talks between the two countries in several years.

"It's getting back to something we used to do regularly," Crowley said. "We've done this before, and we are starting to do it again."

All About Cuba • United States • Politics