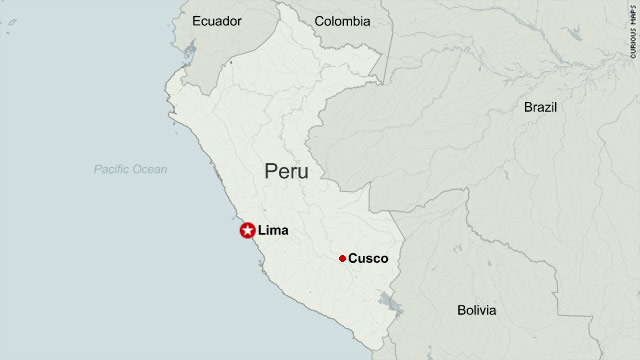 (CNN) -- At least 40 people died and 20 were injured early Thursday morning when a bus plunged into a ravine in a mountainous region near Cuzco, Peru, authorities said.

The bus crashed about 5:30 a.m. near the town of Espinar, Peru, Lt. Edilberto Tunquipa of the Espinar fire department said.

Interviews with survivors pointed to driver fatigue as one of the possible causes of the crash, Tunquipa said. The bus had left the city of Arequipa about seven hours earlier, heading to the town of Santo Tomas in the mountains, he said.

The poor conditions of the road were another possible factor, he added.

No international tourists were believed to be on the bus, though authorities could not confirm that, Tunquipa said.

The 20 people injured were in hospitals, their injuries ranging from severe head and back injuries to minor scrapes, he said. Most of the victims were believed to be locals who work in Arequipa and were returning home to their small towns for Christmas, he said.

The exact number of people on the bus remained unknown. The bus holds 52 people, Tunquipa said, but it was overcrowded, with people standing in the aisle.

CNN's Mariano Castillo and Esprit Smith contributed to this report.