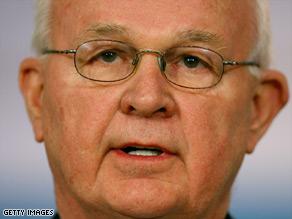 U.S. Secretary of State Hillary Clinton's envoy to North Korea did not give specifics on how the dialogue would take place and said he did not plan to travel to North Korea, the agency reported.

Bosworth spoke to reporters after arriving at the Incheon International Airport, near Seoul, part of his four-day trip to the region, according to Yonhap.

Those talks and Bosworth's statement come at a tense time, when North Korea is trying to restart its nuclear facilities and amid reports it is preparing to test-fire its long-range missile, the Taepodong-2, under the guise of launching a satellite into space.

On Friday South Korean commercial airlines rerouted their planes after North Korea said it could not guarantee the safety of flights near its airspace, fueling concerns of an imminent missile launch.