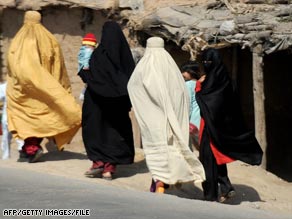 Last week, pro-Taliban cleric Sufi Mohammad announced he was pulling out of a peace deal for Swat Valley, saying the government was not serious about implementing Islamic law, or sharia, in the region.

Mohammad brokered a cease-fire in February between the Pakistani government and his son-in-law, Maulana Fazlullah, who commands the Taliban in Swat Valley.

Although details of the deal were not immediately available, it was understood that the area will come under the Taliban's strict interpretation of sharia.

The central government has little control in the area, but it launched an intense military offensive in late July 2008 to flush out militants from areas of the North West Frontier Province.

As retaliation for the military presence, the Taliban carried out a series of deadly attacks, beheadings and destruction of girls' schools. They also continued to gain ground, setting up checkpoints throughout the area.

Pakistan is under enormous pressure to control the militants within its borders. The militants are blamed for launching attacks in neighboring Afghanistan, where U.S. and NATO forces are fighting militants.

Swat Valley was once one of Pakistan's biggest tourist destinations. It is near the Afghanistan border and is 186 miles (300 kilometers) from the capital, Islamabad.