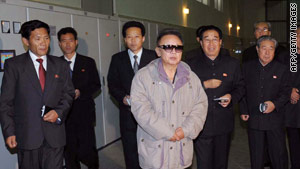 North Korea "successfully completed the reprocessing of 8,000 spent fuel rods by the end of August as part of the measure taken to restore the nuclear facilities ... to their original state," according to the official KCNA news agency.

"Noticeable successes have been made in turning the extracted plutonium weapon-grade for the purpose of bolstering up the nuclear deterrent," KCNA reported.

North Korea "which regards the security of the country and the sovereignty of the nation as its life and soul was compelled to take measures for bolstering up its deterrent for self-defense to cope with the increasing nuclear threat and military provocations of the hostile forces," the agency added.

North Korea pulled out of nuclear talks in April and began reprocessing the fuel rods to protest the United Nations' condemnation over its nuclear test and missile launches. The communist nation has accused Washington of violating its sovereignty by singling it out and reporting it to the United Nations Security Council.

The announcement comes as the government in Pyongyang is pushing for bilateral talks with the United States and could give North Korea more bargaining power with Washington.

On Monday, North Korea said it wants direct talks with the United States so the nations could settle their differences before meaningful multilateral nuclear discussions could proceed.

If Washington is not ready for a dialogue, North Korea will "go our own way," North Korea's foreign ministry said in a statement carried by KCNA. It did not elaborate on the comment.

"The past six year-long course of the six-party talks proved that no matter how frequently the six parties meet, it is nothing but an armchair argument unless the hostile relations between" North Korea "and the U.S. are settled and confidence is built between them," the foreign ministry said.

North Korea has been giving indications that it might rejoin nuclear talks.

Following a visit by Chinese Premier Wen Jiabao to North Korea last month, Pyongyang suggested a willingness to participate in bilateral talks with the United States and to return to six-party talks over its nuclear program.