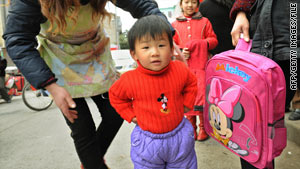 (CNN) -- The Walt Disney Company has gotten the green light from Chinese authorities to build one of its theme parks in Shanghai.

"China is one of the most dynamic, exciting and important countries in the world, and this approval marks a very significant milestone for The Walt Disney Company in mainland China," said Robert A. Iger, Disney president and CEO, on Tuesday.

The agreement means Disney and its Shanghai partners can proceed toward a final agreement and start preliminary development work in the Pudong district, according to Disney.

The project would "include a Magic Kingdom-style theme park with characteristics tailored to the Shanghai region and other amenities consistent with Disney's destination resorts worldwide," Disney said.

Disney already has a Disneyland resort in Hong Kong, China, as well as in Tokyo, Japan, but Shanghai's would mark the first foray into mainland China for the entertainment company.

Disney has offices in Beijing, Shanghai and Guangzhou.