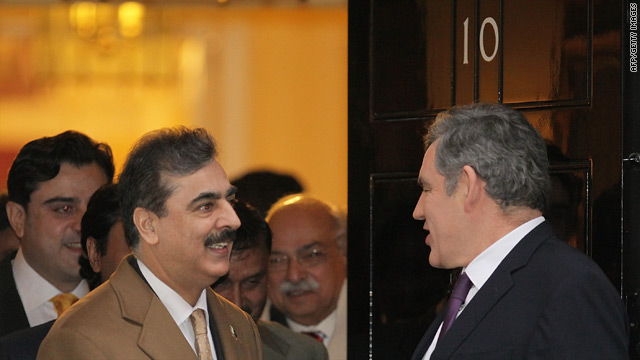 "In fact Pakistan is fighting a war on terrorism," Yousaf Raza Gilani told reporters at a joint press conference with his British counterpart Gordon Brown at 10 Downing Street.

"We have good defense and intelligence cooperation with the U.S.. I don't think Osama Bin Laden is in Pakistan."

Pakistan has regularly been identified as the suspected hiding place of bin Laden since a major military offensive in Afghanistan in the wake of the 2001 al Qaeda attacks in the United States failed to uncover his whereabouts.

Brown, who has in the past criticized Pakistan's failure to track bin Laden, on Thursday pledged £50 million ($83 million) to Pakistan to help efforts to tackle terrorism, linking it to threats on British soil.

"This is your fight, but it is also Britain's fight," Brown told Gilani, offering praise for a recent military offensive that routed an emboldened Pakistani Taliban occupation of the Swat Valley, north of Islamabad.

"Your leadership in the last few months have been absolutely vital," Brown said.